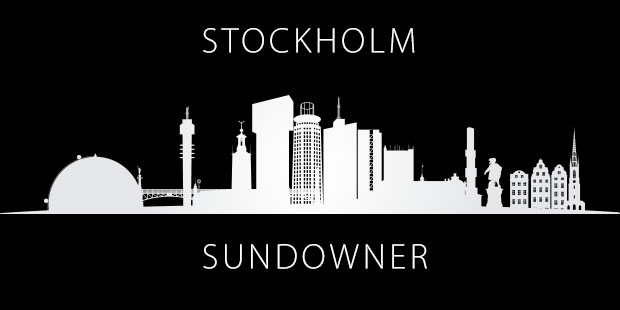 Get ready for the Stockholm Sundowner to start your poker day!

The more, the merrier. This phrase doesn’t only count for our tournaments but also reflects our player origins. And to give more players the possibility to grab some sweet price money we have added the ‘Stockholm Sundowner’.

This tournament is running from Monday to Thursday. Enjoy our Stockholm Sundowner tournament with a starting stack of 2,500 chips and 10 min blind levels.

How do I get a seat?

Open the download version of your poker client or start our instant play poker app and visit our tournament lobby. Choose STOCKHOLM SUNDOWNER and win your share!

Stockholm is the capital of Sweden and the most populous city in the Nordic countries.  The entire Stockholm metropolitan area, consisting of 26 municipalities, has a population of over 2.2 million. The city stretches across fourteen islands where Lake Mälaren flows into the Baltic Sea. Just outside the city and along the coast is the island chain of the Stockholm archipelago. The area has been settled since the Stone Age, in the 6th millennium BC, and was founded as a city in 1252 by Swedish statesman Birger Jarl.

Besides well-known singing quartets and furniture stores Sweden has a lot to discover: a country with 10 million people, 95,700 lakes and about 400,000 moose in Swedish woods. And did you know that it was a Swedish car manufacturer which invented the three-point seatbelt which is still saving millions of lives? By the way, one of the most important phrases you can learn for your next holiday in Sweden is: Min svävare är full med ål! ;-) (My hovercraft is full of eels!)