Men Offering Poker Welcome Bonuses Got in Trouble with the Law 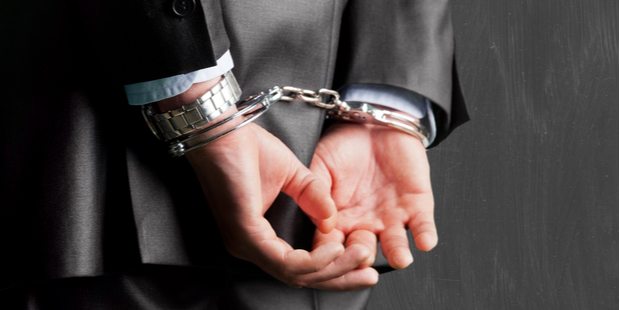 The legal status of online poker has been discussed in detail over the years. At this moment in time, many countries allow citizens to enjoy online poker welcome bonuses even if online gambling has been forbidden in general.

However, operating an online casino is out of the question, as the authorities are very strict about who's allowed to run a licensed venue. But while online poker rooms are illegal, they still exist, and their operators managed to avoid punishment for a long while. But not anymore!

In recent years, poker operators all around the globe were busted for hosting illegal games. Find out where this happened and how the police chose to handle the situation.

Top News Stories: Police, Poker and Everything in Between

Earlier this month, in Singapore, an interesting story unraveled. A few years ago, three friends played poker – and lost some money along the way. Unsatisfied with the existing gambling options, they decided to host their own games.

They went as far as creating a special mobile app for the occasion, using virtual coins to start the games. They gradually welcomed more players into their folds, and by 2018, they hosted games worth more than 10,000 SGD at a time. Dozens of players used their app, paying a 5% tip to the app's creators. The mobile poker app was active for about six months, and about a year later – the police caught on to them.

Since providing gambling services in Singapore is illegal, they were eventually brought in front of a judge. They pleaded guilty in court, as they defied the Remote Gambling Act. On April 13, each of them got three months in jail in addition to a 20,000 SGD fine.

A similar thing happened in Mumbai, India, in February 2021. The police were tipped off that an online gambling operation was run out of a car service station. After raiding the place, they found loads of cash, mobile phones, playing cards, and other electronic devices that they seized. 14 men were arrested, and their fate has yet to be determined.

On the other hand, in Louisiana, a land-based poker room was shut down around the same time. Five men were accused of financing and operating an illegal gambling venue, as they didn't have the license for that. In addition to that, they took a rake from the games they hosted, which got them into even more trouble.

The matter still didn't reach a conclusion, but these men are expected to pay a considerable fine. They might also get some time in jail, but only time will tell.

In many countries all around the world - and some states in the US - online gambling is technically forbidden. However, people manage to join offshore gambling venues and play their favorite casino games.

And since the law doesn't state you can't place online bets, they are free and clear to do as they wish. However, gambling laws often state that locals can't open their own online venues.

But even though there is risk involved in the endeavor, some people still launch online poker rooms for others to enjoy. Those who got caught were severely punished, but there are dozens of gambling operators who still manage to run their venues under the radar.

Hopefully, in the future, the legal status of online poker will change all around the world, and people won't have to deal with those hardships. Multiple US states are already working to legalize online and mobile poker, and maybe other states and countries will follow suit. Let's wait and see!