Hellmuth to Defeat Negreanu in a Straight Flush Win? 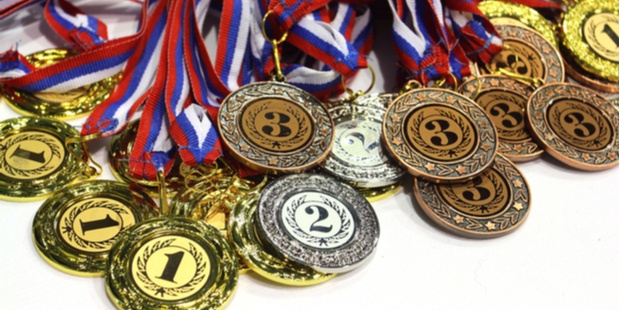 In the past year, Daniel Negreanu has made headlines multiple times, as he was involved in numerous feuds and intense poker battles.

And even though he spectacularly lost his battle against Doug Polk, he is not about the let it bring him down. This time around, he is competing against Phil Hellmuth. And the entire poker community is wondering: who will be crowned the winner in this battle of skill? Who will get a spectacular, straight flush win?

Let's take a look at how this challenge came about and who seems to be winning so far.

How it All Began

A few months ago, when Negreanu was still in the throes of his battles against Polk, the poker community watched it unfold with captivation, commenting on it on social media left and right. While Phil Hellmuth hasn't watched the game itself, he followed the results and relevant tweets like many others, and he had a lot to say about this whole situation.

For starters, Hellmuth expressed dissatisfaction with the way Negreanu handled himself throughout the games. He also said that Kid Poker had no business challenging a GTO player with his set of skills.

But Negreanu didn't let those comments rattle him, and he offered to settle the matter with another poker match. And here we are today!

Hellmuth vs. Negreanu: Who's Winning So Far?

The first round of this poker match took place in March 2021, which Hellmuth won. The two pros met at a land-based venue, and the entire event was streamed live. For the first few hours, Negreanu was in the lead, but by the end of the night – he lost to his powerful opponent. And while the game itself was pretty straightforward, even though Hellmuth got a straight combo at the right moment, after folding just in time in a previous round.

But what things interesting and worth the watch is the act the two pros pulled of, as Hellmuth lost his temper, calling Negreanu "an idiot".

The terms of the battle required both players to pay $50,000 in the first round. However, they decided the winner couldn't withdraw his wins until the losing party decided to quit.

The second match resulted in yet another loss for Negreanu, as Hellmuth was $200,000 in the lead. But to make things even more interesting, the two agreed to meet a third time and test their skills yet again.

But now, if Negreanu wants to keep playing, he has to add an extra $200,000 to the pot. And even though experts predicted he will be crowned the winner - current data disputes this assumption. Only time will tell which player is better at the game!

Who is Phil Hellmuth?

Most poker players know who Daniel Negreanu is, but what about Phil Hellmuth?

The 56-years-old player grew up in Wisconsin, and like many poker pros, he quit university to pursue a career in poker. And boy, was he successful at it! According to his poker profile, Hellmuth won more than $22m over the years – which is an impressive amount of money.

He broke multiple records after accumulating 15 WSOP bracelets, and he managed to win cash prizes in 165 WSOP events. He started making a name for himself back in 1989 when he won his first bracelet, but the fame came with winning three events in 1993. His last major win took place in 2018, but Hellmuth kept playing – and winning – many poker games since then.

Negreanu and Hellmuth are providing the online poker industry with much-needed entertainment with their high-stakes games. Will Negreanu be able to catch up with Hellmuth and get a decent win under his belt?