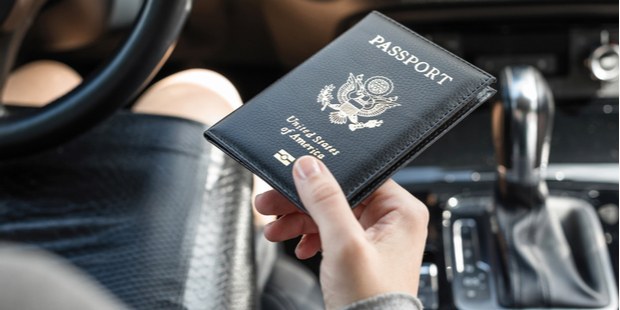 At the beginning of 2020, the unthinkable happened: countries closed their borders to non-essential travel to try and regain control over Covid-19 spreading rates. And now, more than a year later, many countries still keep their borders closed, as the world is still dealing with the raging pandemic.

That means that online poker players either stick to local land-based venues or have fun with online poker bonuses at home. But will it change soon? Will players be able to travel to neighboring or distant countries to join international poker events?

The US and Canadian governments have been contemplating re-opening their joint border, which can change the way we've been playing poker so far. Let's find out what the future holds for us in this department!

The Future of Travelling Between Canada and the US

Both the US and Canada do a good job vaccinating their citizens against the pandemic, slowly helping to halt the fast-spreading virus. According to Our World in Data, 46.05% of the total Canadian population has received at least one dose of the vaccine. In the US, the numbers are similar, with 47.19% already vaccinated.

Their success was topped by very few countries, with Israel in the lead (62.77% vaccination rates), and Mongolia (54.68%), the UK (54.07%), and Hungary (48.84%) close behind. With such promising numbers, countries begin to lift restrictions, and some are debating re-opening their borders to non-essential travel.

But even though Canada contemplated re-opening its border with the US, they chose to extend current travel restrictions for another month. Hopefully, in June, more than half of the Canadian population will be fully vaccinated, which might encourage officials to ease Covid restrictions.

How Will it Affect WSOP Events?

In the past, the WSOP took place in Las Vegas. Joining American pros, players from all over the world came to participate in the prestigious series of events. Local American players accounted for the majority of the participants, but Canada has a decent representation as well.

In 2020, however, players couldn't congregate at land-based venues, but the events' organizers came up with an innovative solution. The World Series of Poker Online tournament was created, allowing players from all over the world to play the game without leaving the house.

The series of poker events took place on two websites, one for US players and another one for international poker pros. In the US, only players located in Nevada and New Jersey could join in on the fun, which was rather restricting and required players from all across the country to travel to those states in order to play the game. Hundreds of players joined both the US and European tournament events, reaching 5,802 participants in the Main Event.

In this poker game, the astounding number of layers created a prize pool of $27,559,500 – which is the largest cash pool in online poker history. The Bulgarian winner, Stoyan Madanzhiev, left the tables with $3,904,686 in his pocket.

In 2021, WSOP plans to recreate its success with the online tournament, while hoping to reinstate live events as well. The live tournament events will take place in a Las Vegas hotel between September 30 and November 23.

If the number of Covid patients in the US and Canada will keep decreasing as the countries vaccinate citizens, Canadian players might be allowed to physically join the live WSOP events by the end of the year. Other players might have to stick to the online events, but those are bound to be exciting as well, so there's a lot of fun to be had!