Surprise! Everygame Login Process Might be Regulated in Connecticut Soon? 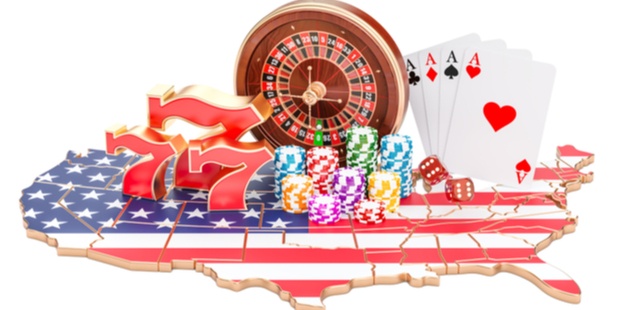 Recently, a new trend has emerged. Every few months, the poker community wakes up to find out that another US state is planning on regulating online poker. And this time, it is Connecticut's turn to join the excitement!

According to recent news reports, completing the Everygame login process and placing bets online might become regulated to local players sooner than we thought. Who pushed for the matter to be approved? What does the new law include? And when can you expect the first online venues to complete regulation requirements?

Now is your chance to discover all the latest details about the flourishing online gambling venues in Connecticut.

In the past year, multiple US states allowed online gambling venues to open. And now, Connecticut is expected to become the 7th state to join the online poker market.

On May 26, the House Representative voted to change the legal status of online poker, with a clear majority supporting the state entering the online gambling market. Only two days later, the state's Governor Ned Lamont signed into law House Bill 6451. According to reports, the bill will become valid on July 1.

The bill's fast approval demonstrates how eager Governor Lamont is to join the online gambling market. Over the past 12 months, online poker revenues grew exponentially, and many US states want to join in on the fun and make a decent profit.

In an official statement, Lamont said: “By signing this bill into law, Connecticut is now on the cusp of providing a modern, technologically advanced gaming experience… and positions us for success into the future.”

Now that the bill has passed, both the Mohegan Tribe and the Mashantucket Pequot Tribe are planning to offer online gambling services. But before that can happen, the Bureau of Indian Affairs has to amend the state's compact with the tribes to make the dream a reality.

Rodney Butler, the Mashantucket Pequot Tribal chairman, also expressed his contentment in a separate statement. He explained how important the new bill is for the local economy, stating: "Gaming is more than a business to our tribe, it is the way we fund our government, pay for our children’s education, care for our elders, and provide healthcare to our members."

Since the bill was approved fairly recently, it still remains unclear when online poker rooms will accept players from Connecticut. But once the details are sorted out, both tribes will only be allowed to offer the services of one online casino operator.

And since Connecticut is a fairly small state, with a population of 3.565 million, software providers are probably in no hurry to open gambling venues in the Nutmeg State. However, currently, the bill's language doesn't prohibit interstate gambling. Therefore, the state's online gambling market still has a lot of growth potential.

According to estimations, once the new gambling venues become available to locals, they will generate about $30m in the upcoming year. Experts also believe the new bill might bring in a revenue of up to $83m in five years.

New Jersey, Delaware, Nevada, Pennsylvania, Michigan, West Virginia, and now Connecticut. All those US states are offering, or planning to offer, their own online poker services to local players. Some of those states are also contemplating creating a joint pool of players, planning to increase potential revenues.

Are you excited about the prospect of playing online casino games within Connecticut's borders?  No need to wait for a homegrown variety - join Everygame Poker NOW!