Perkins or Tice? Who Will be Crowned the Best Online Poker Player? 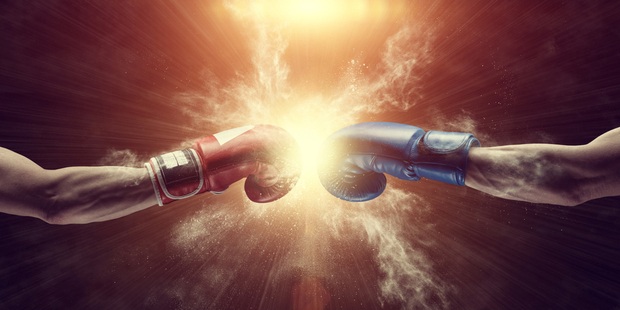 The past year has brought us an unprecedented number of exciting poker matches. After we've watched Phil Galfond and Daniel Negreanu fighting for the title of the best online poker player, now two other pros are doing the same.

Bill Perkins and Landon Tice are now starring in their own poker challenge, providing the poker community with yet another entertaining event to follow. The match is now a few sessions in, and things are getting more intense by the minute!

So, who has been winning so far? Who is considered the underdog, and who is more likely to win? Learn more about the hottest poker battle of the season NOW!

Tice and Perkins: Everything There is to Know About This Rivalry

Just like Daniel Negreanu and his opponent Polk, Tice and Perkins decided to play a game of $200/$400 No-Limit Hold'em. The two agreed to keep on betting till they've played 20,000 hands.

Interestingly enough, Landon Tice chose to give Perkins a $720,000 head start, as he is considered to be more experienced. After all, if he wants to be crowned the winner unequivocally, he wants to win the title fair and square.

To make things even more exciting, Perkins and Tice chose not to allow limping throughout the match.

Both poker pros have been actively posting about the challenge on Twitter, updating their fans after every major session. Before the game even started, Tice posted that he was very confident in his win, which is not surprising, as he is 60% more likely to win.

The Perkins vs Tice Match So Far

The match between Bill Perkins and Landon Tice was supposed to begin in May, but it was postponed till June. The first session took place on June 2nd, and since then, the two have played every couple of days.

At this moment in time, the two have competed on seven separate occasions. Here is a quick overview of the game up to this point:

So far, Perkins and Tice have played a total of 2,791 hands, so the match isn't going to end soon. And while Tice is clearly the stronger player in this situation, Perkins is putting up a hell of a fight. Who knows? Maybe the underdog will be able to get the upper hand by the end of this spectacular match.

Poker fans can bet on who they think will win the match, as betting websites offer 1.61 odds for those who believe Tice will win. However, anyone who wants to bet on Perkins will be able to do so with 2.40 odds.

Who doesn't love an action-packed poker match? Both Tice and Perkins are showing a lot of promise, and there is no knowing whether the underdog will prevail or not.