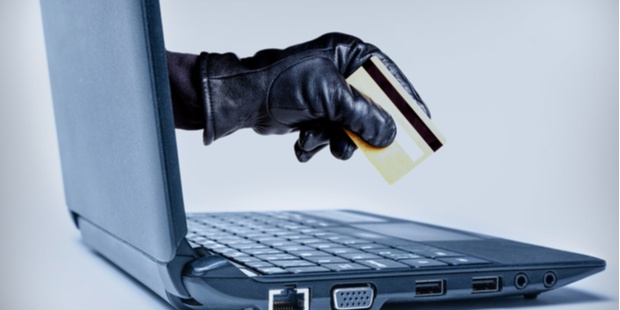 Poker-related fraud cases make the news every once in a while, but they tend to be smaller-scale crimes. This time around, however, a man from New Jersey committed fraud of epic proportions. News reports state that the police have arrested a man who stole 1,800 identities to play poker online and place bets online without limitations. But that's not all!

What do we know about this man and his actions? And what might the future hold for him? Learn the answers to those questions, and a lot more, NOW!

Casey Ennis, a 44-year-old man from Audubon, New Jersey, was arrested this week for multiple fraud cases. The investigation against him lasted for 17 months, and plenty of interesting information was uncovered in the process.

First and foremost, he was accused of stealing the identities and credit card information of more than 1,800 people to create accounts at online gambling venues.

In addition to that, it is believed that he used some of the stolen identities to run a benefits scheme. According to reports, he managed to steal more than $52,000 from the state's unemployment program.

But when it comes to the online gambling allegations, not many details have been revealed. We still don't know how much money Ennis has stolen while opening online casino accounts or how he got his hands on the personal information of thousands of people. However, some say that his past job as a tax preparer provided him with the opportunity to steal identities.

The police report states that Ennis was charged with identity and credit card theft, computer-related crimes, forgery, theft by deception, and possession of drugs – which were found after the police searched his home.

The whole scheme came to light after multiple victims approached the New Jersey Division of Gaming Enforcement. They claimed that online casino accounts were created in their name and that someone transferred funds without their knowledge or authorization.

What Does the Law Say?

Even though Ennis was accused of committing multiple crimes, identity theft is probably the most severe and prominent one. If the matter reaches the court, he might be found guilty of violating the Identity Theft and Assumption Deterrence Act.

According to the department of justice, the law prohibits the following: "knowingly transfer[ring] or us[ing], without lawful authority, a means of identification of another person with the intent to commit, or to aid or abet, any unlawful activity[…]"

If Ennis is found guilty of identity theft, he might have to pay a considerable fine and spend up to 15 years in prison.

Ennis has committed other federal offences, including computer fraud, identification fraud, and more. If the state decides to charge him with violating those federal laws as well, each of them can add up to 30 years to his imprisonment, more fines, and other penalties.

Since the scheme was uncovered fairly recently, there is still no knowing what kind of punishment Ennis will have to endure. Once the magnitude of his crimes is revealed, it will be easier to assess how the law will treat this fraudster.

After his arrest, Ennis was released and is now waiting for a court date to be scheduled. Who knows? Maybe he will be able to sign a deal and avoid some of the harsher punishments he faces. Stay tuned, as we will provide you with further information on the case once it becomes available!

Important to note:  Ennis did NOT steal the identities through the online casinos or poker rooms.  These are super-secure with digital encryption of the highest level.  No worries!