DOJ's Decision to Affect Interstate Poker Bonuses in the Future? 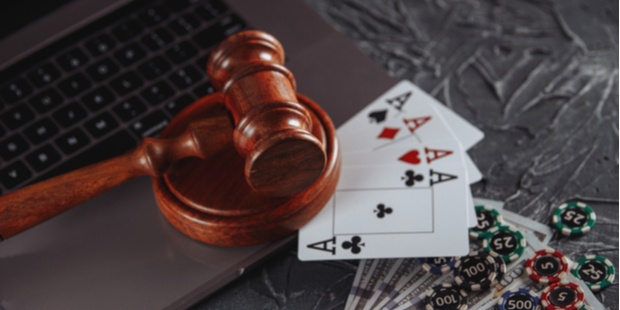 For many years, the Wire Act has been a source of controversy in the US. Every time a new president entered the White House, poker players had to adjust to new rules, changing the way they use poker bonuses and play the game.

And in recent months, as Biden's government started calling the shots, poker players have been waiting for the latest verdict regarding the Wire Act. Will players be allowed to play poker online without restriction? Will Interstate poker games become the norm? Let's find out the latest news!

A Bit of Background: What is the Wire Act?

Back in 1960, the government has attempted to make it harder for organized crime to commit fraud, which is why the Wire Act was signed into law.

In the past decade, officials have been fighting over one key question: does the Wire Act refer to online sports betting only? Or does it apply to other casino games, like online poker?

Every time a new government was formed, the way the US Department of Justice (DOJ) interpreted this law has changed. In 2011, when Obama came into power, the DOJ concluded that the federal law only referred to sports betting. However, when Trump became president in 2018, this decision has been reversed.

To fight the DOJ's decision, the New Hampshire Lottery Commission took the matter to court, as the new interpretation of the Wire Act had the potential to harm the lottery market.

In June 2019, US District Court Judge Paul Barbadoro ruled in favor of the Lottery Commission, stating that the DOJ was wrong in changing its stance on the Wire Act. However, the fight didn't end there, as the DOJ expressed an interest in revoking the ruling by appealing to the US First Circuit Court of Appeals.

But what has happened since then? And what does it mean for online gambling and poker players in particular?

What is the DOJ's Opinion on the Wire Act Today?

While the DOJ has had a chance to respond to the last ruling regarding the Wire Act, it hasn't done so while Trump was still in office. When Biden became president, it was unclear whether the DOJ's opinion on this issue will change or not.

Interestingly enough, the DOJ hasn't officially addressed the matter, but by not making decisions they still influenced the future of interstate poker. The time window for appealing the 2019 court decision has expired, which means that the DOJ silently acknowledges the fact the Wire Act applies only to sports betting.

So, what does that mean? Apart from allowing online lottery providers to keep operating as usual, it also opens the door for interstate online poker – and other forms of gambling to continue business as usual.

However, the current court decision applies only to the following states: Maine, Massachusetts, New Hampshire, Puerto Rico, and Rhode Island. In other states, technically, this decision is non-binding. Therefore, supporters of interstate poker might still run into issues in many US states. However, it seems the current government isn't going to stand in the way of interstate gambling, which means that at least one obstacle has been removed.

So currently online poker is not prohibited by law, and is therefore allowed.  Will interstate online poker become regulated in the US in the near future? There is still no knowing how things will turn out - likely states will push for regulation to get those tax dollars.  Regulation is something that is welcomed by the online poker sites and players alike.