Who is Winning the Tice vs. Perkins Match – With or Without a Straight Flush Win? 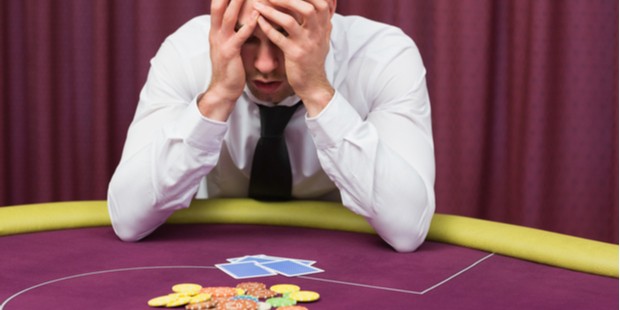 As poker enthusiasts, most of us love watching an intense match unfold on or off the screen. We love to analyze every move, pore over every spectacular straight flush hand, and try to guess: which of the participants will be declared the winner?

The latest match to grace our screen has featured Landon Tie and Bill Perkins. And this week, this poker challenge came to an unexpected end! What most fans ask themselves is who won the Perkins vs. Tice match? Well, against all odds, Bill Perkins was the last player left standing, as Landon Tice quit the game.

What happened? How did the recreational player beat the professional one? Find out everything there is to know about the matches' progression and learn a valuable lesson that might help you win big in the future!

What Were the Tice vs. Perkins Challenge Details?

But since Tice players poker professionally, he also decided to level the playing field by giving Perkins another advantage. The two parties agreed that Tice will pay back nine big blinds per 100 hands, which meant he had to win more than $720,000 to actually make a profit. However, as it turned out, Perkins didn't need this advantage in the first place.

Why Did Landon Tice Quit the Challenge?

Even before the challenge started, it was clear that Perkins was considered the underdog, and most fans believed that Tice would win with ease. And at first, it seemed as if things were going as anticipated.

In June of 2021, Tice was far ahead of his opponent, as by their ninth session – after playing 3,728 hands total – Tice was $112,238 ahead of Perkins. But as we all know, looks can be deceiving, and soon after those scores were reported, Bill Perkins managed to close the gap rather quickly.

After their 12th session, as they've reached a total of 4,907 hands, Landon Tice announced he was surrendering and quitting the match. In the span of a few sessions, Perkins managed to reduce his deficit to $63,720 only. However, due to the terms of the challenge, his wins were worth only 3.25 big blinds per 100 hands, which means that he had a very small chance of reaching the goal he set for himself before the beginning of the challenge.

In a tweet he posted on July 4th, Tice said: "…As a team we decided to surrender. We see no other way to proceed. He’s a much stronger player than expected and I took on more than I could handle. It was an unreal experience to be a part of, maybe in the future I’ll try again."

He also acknowledged the fact that he underestimated his opponent and that he didn't think things through when negotiating the terms of the challenge. Since Perkins isn't a pro, Tice clearly thought he would have the upper hand in this scenario. But apparently, Perkins wasn't about to give up all that easily.

According to reports, he used the services of high-stakes poker coach MJ Gonzales, who is well respected in the poker online community, to prepare for the match. And it paid off- big time!

Landon Tice is a successful 22-years-old poker pro who was marked as the favorite to win this poker match. However, he lost to Bill Perkins because of one crucial mistake: he was overconfident in his abilities and didn't take his opponent seriously.

This poker match taught us one important lesson: it doesn't matter how good you are. If you don't focus and take the game seriously – you will lose.