Unexpected Poker Bonuses at the WPT: Three Women Made the Final Table! 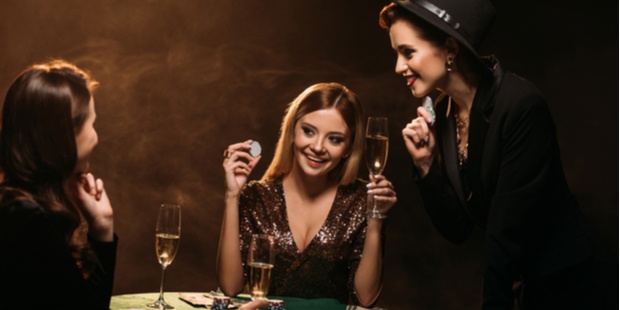 For many years, gender equality in poker has been discussed at length. While in the past, playing poker online and offline was reserved mainly for men, things have been changing slowly but surely.

And lately, women have been making more and more headlines, after participating in live events or enjoying online poker bonuses. How have women been breaking poker records this year? What happened at the World Poker Tour events that made poker enthusiasts cheer aloud?

For the first time in almost two decades, three women will have a seat at the final table of a World Poker Tour event. That makes 50% of the finalists, which is a rare occurrence in poker.

Who are those women that might have a chance at winning? And what is the major prize that awaits them? Find out more about the latest poker news right now!

Women at the World Poker Tour Events in 2021

The World Poker Tour (aka WPT ) has always been a popular event that attracts the attention of poker players all around the world. And this year was no different! The WPT Venetian event began on July 2nd and lasted until July 7th, and 1,199 players decided to partake in the event.

With a buy-in of $4,625 + $375, the prize pool was more than decent, and many poker pros tried to win the lucrative prize. Strong players like Michael Mizrachi and Tony Dunst did their best to get a spot at the final table, but they were unsuccessful.

However, three strong female pros managed to snag half of the available seats at the final event, which was rather surprising. While nowadays there are many female pros who win at poker, they rarely sit at the same table together.

This time around, Kitty Kuo, Kyna England, and Daniela Rodriguez had the chance to show some girl power at the final WPT Venetian event.

Hui Chen Kuo 'Kitty' is from Taiwan, and she is ranked 4th on the local all-time money list. According to online poker databases, throughout her career, she won more than $2,500,000 in live earnings, which is rather impressive. This time around, she came in in sixth place, winning $192,855.

Rodriguez finished in 5th place and won $252,945. A fairly new addition to the poker world, Daniela Rodriguez hasn't participated in many poker events. In fact, this is only the second live competition she joined. And if her performance at this event is an indication of her true potential, we will surely hear her name more and more in the future!

Lastly, Kyna England took third place with a $448,755 win. While England, a US poker pro, has been around for a while – she didn't have a lot of success in the past. In fact, her achievements in this event are the best she has ever had.

Who Won the WPT Venetian Event?

So, who got to first place at the Venetian event? Chad Eveslage, who was at the top of the leaderboard right from the start, walked away from the table with $910,370 under his belt.

Over the years, he raked in about $3,391,260 in live earnings, which landed him in 3rd place on Indiana's all-time money list. And while this is the first time Eveslage won a WPT event, he had 7 cash finishes in the past.

According to records, the poker pro also had 72 cash finishes in WSOP events and three more in the European Poker Tour. Overall, while not the most renowned poker pro to ever live, he has had a rather successful poker career.

While in the past, it wasn't all that common to see female poker players at the tables, now it is a rather mundane occurrence. But even though we see more women playing poker, they still don't get the same recognition that men do. Will things look different a few years from now? Let's hope so!