Which WSOP Wins Were as Great as a Flush Poker Win? 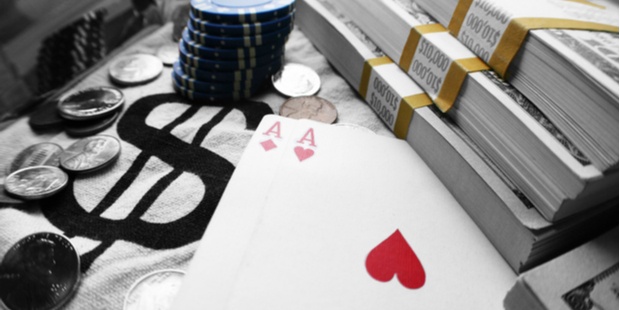 The WSOP 2021 is already in full swing, bringing us daily updates that fascinate the entire poker community. Each morning, we hear of shocking poker wins, new players outshining seasoned pros, and memories being made at the poker tables.

If you want to find out which rising stars emerged at this years' WSOP events, who had a strong lead on others and who left the tables with the equivalent of a flush poker win – stay tuned and learn more about the latest WSOP news we've gathered just for you!

So, which WSOP players deserve your attention right now? Let's take a look at some of the most interesting people who attend those events!

A New Addition to the Tables

We'll start with Ashley Colpaart – a name we haven't heard ever before, as Colpaart is new to the poker world. Colpaart has a PhD in food systems, which she used to found her own business – "The Food Corridor", allowing food entrepreneurs to rent and manage rentable kitchen spaces with ease.

For many years, Colpaart was focused solely on developing her thriving business. But when COVID hit and lockdowns prevented her from going about her business, Colpaart found a new challenge to concentrate on. In 2020, the businesswoman was introduced to a poker community that hosted online poker tournaments and cash games.

Slowly but surely, she got more invested in the game, which lead her to start watching instructional videos and sign up got coaching courses. Her goal was to get ready for a WSOP event, and she put a lot of energy into the endeavor. Finally, she entered Event 4: $500 the Reunion No-Limit Hold'em, and while she tried her best, her two-pair combination was beaten by a full-house hand.

But even though she had a rough start, we might see Colpaart at the tables yet again in the near future.

From Online Poker to Live Play

Tyler Cornell has been playing professional poker for more than a decade now, and he had quite a successful career. He started playing online poker before moving on to live games, and he managed to win lucrative prizes along the way.

But his most successful game took place in the latest WSOP tournament. After many months during which Cornell had to go back to placing bets online, the poker pro finally was able to participate in a live event. The WSOP Event 6: $25,000 High Roller No-Limit Hold'em attracted 139 to the tables, which created a prize pool of $3,283,875. For three days, Cornell competed against some talented players, including Michael Liang, Adrian Mateos, and Jonathan Jaffe. At the end of the event, Cornell managed to leave the table with a brand-new bracelet and a cash prize of $833,289 – which is quite an accomplishment.

Overall, Cornell's poker earnings go as high as $1,753,965, and with a bit more luck and dedication – this number will keep increasing as time goes!

Michael Addamo, a poker pro from Melbourne, is one of the most successful Australian poker players in recent years. So far, he managed to make a total of $13,545,257 in live earnings, and if he keeps dominating the tables – this number will grow exponentially by next year.

2021 was a highly lucrative year for the Aussie pro, as he added $5,242,000 to his bank account in the last few months. His performance at the WSOP tables stunned the poker community, as he won three events back-to-back.

As the last event was coming to a close, Addamo was competing against Justin Bonomo – a highly successful poker pro - who had a top pair combination in his possession. However, Addamo's flush poker hand trumped all other card combinations, bringing him his largest win yet. While ending the event in second place, Bonomo wasn't all that disappointed, as he raked in $1,890,000 after landing in second place.

Will Addamo's winning streak continue? That is something we would all like to witness!

The ongoing WSOP tournaments create fascinating stories every day, as astounding wins and unpredictable events take place regularly. What else will happen at the WSOP tables? Let's wait and find out!