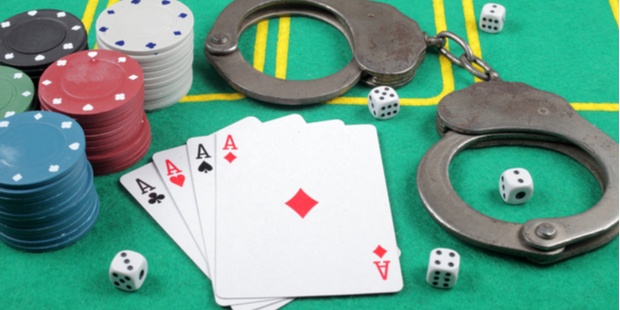 Like every year, we've been following all WSOP while holding our breath, waiting for spectacular stories to keep us entertained. And of course, the most anticipated poker event of the years doesn't disappoint!

Now, we bring you the latest batch of WSOP news, what happened at the live events, and how they will affect mobile poker in the long run. Are you ready to feast on some scrumptious poker details?

Best WSOP news of the Week

Scary Event at the Rio

First of all, let's take a closer look at the drama which took place on the first day of the WSOP Main Event. The event started on November 4th and was supposed to last until the 17th, and the entire poker community was excited to see what this event might bring.

But instead of discussing the best hands that were played on the first day of the event, the media covered another occurrence that stole the spotlight. Apparently, the Rio Convention Center, which hosted the event, was put on lockdown for an unknown reason.

One of the players at the Rio, Johnnie Vibes tweeted: "Just saw a guy…tackled by 5 undercovers on a break of WSOP main event. They placed him under arrest…No idea if he was staff or why they arrested him. Intense."

People weren't allowed to enter or leave the premises for about an hour, all while the police took over the situation. And at the time, it still wasn't clear what led to the nerve-racking incident, and rumors were running wild, as people thought there was a bomb involved.

But soon after, Lieutenant Jesse Roybal of the Las Vegas Police Department stated that a suspect was chased by police when they entered the Rio Convention Center. That's when they discovered a suspicious item in the suspect's car, and they had to ensure everyone's safety while they investigated the matter.

Luckily, the poker game kept running smoothly, and the matter was resolved quickly. Later on, it was revealed that the man arrested by the police was a long-tine petty thief, and he was temporarily working at the Rio as a spotter when the police finally caught up with him.

Even though the WSOP organizers did their best to protect participants from getting exposed to COVID, it was clear they wouldn't be able to ward off the pandemic completely.

This October, Vanessa Kade, a Canadian pro, informed her followers on social media that she tested positive for COVID and was displaying symptoms. Kade also said she didn't know how and when she caught the virus, but it was probably before she participated in Event #51. That's why she encouraged all participants to get tested as well.

Unfortunately, that means that Kade won't be participating in some of the WSOP she was supposed to join. And that's a shame! Right up until the moment she got her test results, Kade had a successful run. She had five cash finishes, four during the live Rio tournaments and one during an online poker WSOP game. So far, Kade has won more than $37,000 while participating in WSOP events.

But even though she missed out on a few events, she remained positive and hoped to feel better by the Main Event.

The fact that Kade got sick while taking part in WSOP events brought back the old discussion: should players join live events? Or is it safer to keep playing online still?

Hearing about WSOP news never gets old! There's always something new, exciting, and unexpected happening – and we're here to cover it! What else does the WSOP have in store for us? What are the best wins you think we should cover? We'll bring you the latest news as soon as possible!