Hellmuth vs. Dwan Duel to Teach You How to Play Poker Online 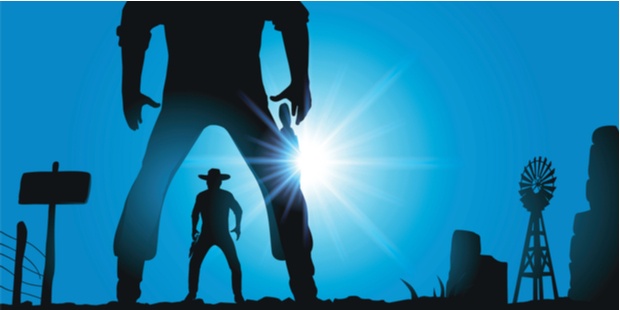 Watching poker pros use all their poker skills to beat each other is a spectacular experience. The only thing better than watching a poker duel is witnessing a re-match between two legends!

Now, Phil Hellmuth and Tom Dwan are about to enter their second duel, and you have a chance to learn more about how to play poker online.

Find out when this battle is about to take place, what happened the last time the two pros went head-to-head, and who is more likely to win!

Many poker pros participate in "High-Stakes Duel" as it allows them to compete against the cream of the crop in a fun and exciting way.

The rules of the format also dictate that any pro who loses can ask for a re-match. But that can happen only after agreeing to double the stakes, which is exactly what Hellmuth and Dwan have done!

The two first met in August 2021, and each of them placed $100,000 on the line. Up until that moment, Hellmuth was on the roll, beating seven other poker pros in similar matches. That includes renowned players like Daniel Negreanu, Antonio Esfandiari, and more. But then Dwan came along and managed to end Hellmuth's winning streak.

But Phil Hellmuth wasn't ready to give up that easily, and he announced he was ready for a re-match. That means that on January 26, both pros will lock horns trying to win the $400,000 pot.

The date of the match was announced by Hellmuth on September 5, 2021, as he tweeted: "Tom is a great great poker player, and he beat me last match. I’m sure next round will be a battle!"

So, who is Phil Hellmuth? And what about Tom Dwan?? If you've never heard their names before, now is your chance to catch up.

Hellmuth is a 57-years-old poker pro that resides in California, and he is mainly known for his success at the WSOP. So far, Hellmuth – also known as The Poker Brat – has won 16 WSOP bracelets, and he had 165 money finishes throughout his career. In 2007, he was honored with being inducted into the WSOP Poker Hall of Fame, which is a highly desirable achievement. Overall, Hellmuth won more than $26,186,000 throughout his career, and he is planning to increase those numbers furthermore!

And while Tom Dwan is much younger, the 35-years-old pro has had quite a successful career himself. He is mostly known for his participation in the highest-stakes online poker games under the screen name "durrrr". So far, his earnings sum up to more than $5,018,000, and if he remains on the right track, he is bound to double those numbers in no time!

Pay Attention to the Details and Get Better at Poker!

Both poker pros can teach you a lot about what you should do to master the art of poker. Not only will you learn some new poker strategies if you watch the two pros compete, but you will also be able to get valuable insights regarding the right state of mind in poker.

Looking at Hellmuth, you can learn a lot about humility and determination in the face of failure. And when it comes to Dwan, the first thing he teaches us is that age is just a number. Be confident – yet realistic – about your abilities, and you will be able to beat the toughest players.