How Online Poker Might Be Affected by the Ukrainian War 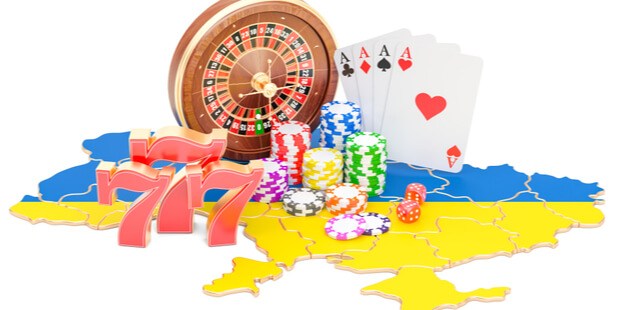 Since Russia invaded Ukraine on 24 February 2022, the world has been in chaos. Millions of people turned into refugees overnight, dozens of companies boycotted Russia and Belarus, and the world's economy has changed almost instantly. All of which affected even the online poker industry.

How has the war already affected the poker market? And what consequences will it have on the future of the industry? Let's take a look at how both live and online poker games have changed in recent weeks.

How Might the Poker Industry Change Due to the War?

According to recent reports, the war in Ukraine has already affected millions of lives globally. So far, about 10 million people have had to leave their homes, with at least 1.7k buildings destroyed in Ukraine and property damages surpassing 119 billion USD (as reported by Reuters).

And for obvious reasons, this tragedy affected not only the people living in Eastern Europe but the global population as well. If we solely focus on the poker industry, we can immediately see the negative effects the war has had on live and online poker venues.

The latest traffic data, provided by an independent industry monitor, showed that the total traffic across all poker venues dropped by 11%. The first poker venues to suffer were obviously Eastern European operators. But major online venues that accepted players from the affected regions also saw a sharp decline in traffic of 10%-15%. Experts believe that those numbers will keep plummeting for many months. Their reasoning is that poker players from Ukraine and adjoining countries currently don't have the resources (time and/or money) to participate in poker games in the near future.

But that's not the only reason why online poker revenues are bound to decline in future months. All the sanctions against Russian oligarchs and banks will have a negative effect on the poker industry as well. First of all, the Russian ruble has lost about half of its value due to recent events. In addition to that, local banks are now unable to use the SWIFT banking system, which allows wireless money transfers. That means that Russian poker players – whether they reside in Russia or outside of it – will no longer be able to transfer money to and from online poker venues.

While online poker in the US is as popular as ever, the same can't be said about countries affected by the war. Financial sanctions that affect Russian citizens and the day-to-day circumstances that Ukrainians have to deal with are already affecting online poker revenues in the European region.

There is no telling how long the war itself will last, but it is clear the ramifications of the conflict will stay with us for months and even years. It must take a long time for people in Ukraine and nearby countries to rebuild their lives, even once things go back to "normal".

The financial ramifications of the war in Ukraine will probably affect generations to come. But even in the short term, many industries are being affected by the humanitarian crisis the war has caused. Like many recreational activities, online poker is no longer a priority for many people, and we are bound to see a serious decline in global revenues in the upcoming quarterly report.