Everygame Poker Newsflash: A New Challenge on the Rise? 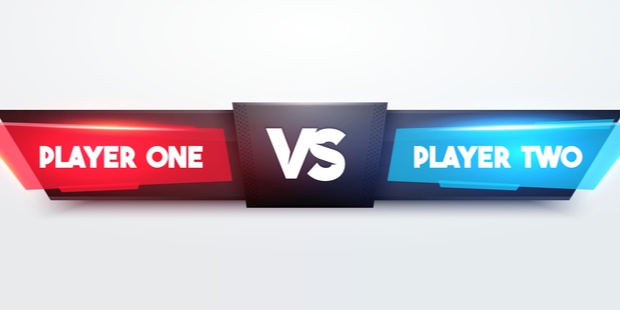 High-caliber poker rivalries always manage to capture our attention and invigorate our hearts. But why is that? Are we drawn to the conflict? To the heated exchange of opinions and insults? Or do we simply enjoy watching top-notch players showing off their skills?

No matter the reason behind our love of poker battles, it seems as if poker players can't stay away from conflict and intrigue for long. Every year, a few top-notch players get into heated arguments, which often result in a public duel. Last year, we watched Daniel Negreanu, Phil Galfond, and other poker pros participate in such events. But so far, this year has been rather quiet.

But now, rumors of a potential new battle are rising, and we couldn't be happier! Who is planning to compete in a battle of skill? Find out all the latest details in this Everygame poker news report!

Doug Polk vs. Tom Dwan: Will the Dream Become a Reality?

Let's start from the beginning: Doug Polk has a rather popular YouTube podcast, which focuses on analyzing and discussing anything poker-related. A while ago, he attempted to compile a list of the top 20 poker players of all time.

Some of the fans voted for Tom Dwan to be included in that list, which elicited* the following response from Polk: "…There are so many reasons why Tom Dwan should not be in the top 20 here. And the reason that he is in the top 20 is because he is an extremely popular player".

Although he understood why Dwan's playing style attracted the attention of poler enthusiasts, he still believed he wasn't as skilled as people might think. But apparently, not everyone agreed with his opinion. On March 20, Shaun Deeb tweeted that he would love to see Polk and Swan bet on a bracelet this year. He also said that Polk was too hard when criticizing Dwan and that his poker skill and logic impressed him over the years.

Following this tweet, Doug Polk decided he was up to the challenge. Polk tweeted back that he was ready to bet a million dollars on a 2022 bracelet, but he expressed his doubts regarding Dwan accepting his offer.

And even though we still don't know whether this challenge will actually take place or not, it is still exciting enough to captivate the attention of fans all over the world!

Who is the Better Player?

On the slim chance that Dwan will agree to participate in the challenge, only one question remains: who is more likely to win the 1-million-dollar bet? Let's take a look at the poker career both players have had so far.

Out of the two poker pros, it seems as if Polk is the more experienced player. While Dwan has 10 WSOP cash finishes under his belt and no bracelets, Polk has 12 WSOP cash finishes and three bracelets. Also, according to the Hendon Mob poker database, Dwan won about $5m in live events, while Polk has earned $9.4m.

Both players have a relatively sparse live poker career – as Polk's last big WSOP win took place in 2017, and Dwan lastly participated in a poker tournament back in 2019. However, both have had more experience playing online. Dwan also has some experience with bracelet bets. Back in 2010, he accepted such a challenge, and he was one win away from winning a $9-$12m side bet if he could defeat Simon Watt.

Yes, the chances Dwan will accept this challenge are practically non-existent. But hey, in the past, poker pros surprised us by participating in all types of unexpected challenges, Daniel Negreanu included. Hopefully, we will get to witness some steamy poker action sooner rather than later!