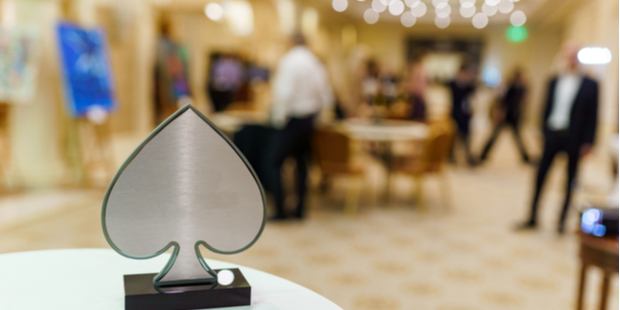 Any poker player who aspires to join the big leagues and compete against top poker pros someday needs one thing: a source of inspiration. Looking at poker pros making a name for themselves and managing to rake poker wins can help you keep your eyes on the ball (or poker cards).

This week, to provide you with the necessary portion of inspiration, we present you with a list of the best poker wins of the week. Who knows? Maybe you will join their ranks in the future.

Top 3 Wins of the Week

The first poker winner we're going to take a closer look at is Phil Ivey. After participating in a high-stakes tournament in Cyprus for a couple of weeks, he managed to land a spot at the final table in five out of sixteen events. By the end of the tournament, Ivey won two titles and returned home with $2,880,100 under his belt. That brings the total of his live earnings to an impressive amount of $35,212,028 – which makes him one of the most profitable poker players of all time.

The Tiger Woods of Poker, as some of you may know him, has been rocking the poker world since his teenage years. Throughout his career, he won 10 WSOP bracelets, acquired one World Poker Tour title, and had dozens of money finishes at many events. Ivey's accomplishments and skills are appreciated by the entire poker community, which helped him get inducted into the Poker Hall of Fame in 2017.

Another poker pro worth mentioning is Steve O'Dwyer, who made a name for himself in this year's Irish Poker Open main event. After two years of playing online poker only, Irish players were starving for some real-life action. The €1,500 buy-in no-limit Hold'em event broke a record with 2,040 entries, creating a prize pool of €1,989,000. And out of thousands of players, only one managed to snag the coveted first place, increasing his net worth by €318,700.

The American-born player who permanently resides in Ireland has had quite a successful career so far. Over the years, he won $31,130,100 in live earnings, in addition to the $7,236,996 he won while playing online. And while he had a rather profitable career, he still hasn't won a WSOP bracelet, and he only has one World Poker Tour title.

The third - and last - poker player of the week is Jared Ingles. 1,213 poker players entered the WSOPC Harrah's Cherokee $1,700 buy-in no-limit Hold'em main event, but only one walked away with a gold ring and $300,736 in his pocket. Ingles has earned a relatively modest amount of $1,353,180 throughout his live career, as he seems to prefer cash games over tournaments. But even though his total earnings are less impressive than the two pros we've mentioned before, his dedication to the game must be admired.

Looking at the wins of successful poker pros can teach you a lot about how to win a poker match. Not only can you learn plenty of tips and strategies by watching those pros in action, but you can also discover what it really means to be a committed and dedicated player.

If you ever find yourself disheartened as you play poker online, just take a look at some major poker wins and get your weekly shot of motivation to keep you going.