Everygame Poker News of the Week: Fresh Scandals on the Rise! 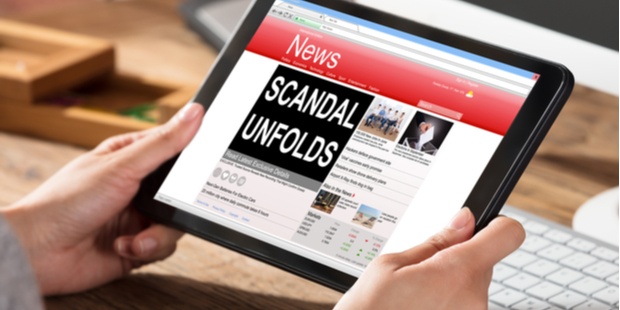 We all love some drama here and there. And luckily, the poker industry doesn't lack juicy stories to capture our attention! This week, three poker pros participated in poker-related scandals: Daniel Negreanu, Phil Hellmuth, and Bryn Kenney.

What were those poker pros up to? Does that mean we're in for a thrilling and interesting ride? If you want to catch up on the latest scandals, keep reading our Everygame Poker news report!

It is no secret that Daniel Negreanu can't stay away from conflict for long. It feels as if his name pops up in relation to one feud or another every other week, and we can't but sit back and enjoy the show.

This time around, it seems as if an old rivalry has been reignited. For many years, Negreanu and Phil Hellmuth have been participating in verbal matches, mostly after both players go head-to-head in one poker match or another. But this time around, Negreanu berated the Poker Brat for constantly complaining over his loss to Eric Persson, an amateur player and the CEO of Maverick Gaming.

The two played a live heads-up poker match, during which Persson hurled insults at Hellmuth nonstop, trying to get under his skin. And apparently, it worked, as Hellmuth ended up losing the game – which he was not happy about. Not only did he ask for protection during the live event, but he also kept venting on Twitter, letting his frustration show.

Unfortunately, the poker community didn't give him the support he was seeking. Negreanu - among other poker pros - responded to Hellmuth's tweet by saying the latter behaved in the same obnoxious manners many times before, so he can’t complain. Negreanu said: "Embarrassing Phil, even for you! For decades you have ruthlessly berated people at the table, and now one guy (Persson) gives you a taste of your own medicine, and you cry like a child."

And since this is not the first time those two have been feuding, it is no wonder that Hellmuth blocked Negreanu from viewing his tweets.

Bryn Kenney, the biggest tournament winner in recent years, has been accused of running a cheating ring by a fellow poker player.

Martin Zamani was the one to come forward with the allegations, claiming that Kenney was the mastermind behind a vast cheating team. He also made some bizarre accusations that Kenney used cult-like methods to try and control his players, including a shaman, a psychic, a poison frog, and magic mushrooms.

Zamani used Tweeter and Doug Polk's podcast to bring those accusations to light, but while he had a lot to say, he presented very little evidence to support his case. According to his claims, Zamani was a part of Kenney's cheating ring for a while, and he said the cheating methods included sharing accounts, using RTA software while playing, chip dumping, and more.

There are still no new developments on the matter, and the poker community is holding its breath while waiting for things to unfold. In the meantime, Kenney enjoys the title of one of the most successful poker players in recent years. He is No.1 on Hendon Mob's "All-Time Money List", with his total live earnings summing up to $57,204,861. He also won 1 WSOP bracelet throughout his career, in addition to having 32 money finishes.

Poker can turn into a rather heated game at times, with numerous scandals being discovered every year. How will this year's scandals pan out? We will wait and see!