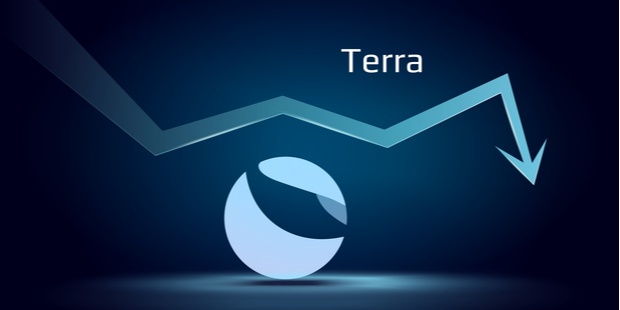 Which currencies are no longer as valuable as they were before? Are Bitcoin users about to suffer in any way? And what does that mean for the online poker industry? Let's take a closer look at the issue and answer all those questions.

For a while there, Terra Luna was becoming a relatively renowned cryptocurrency. At its peak, this virtual coin was worth about $119.18. But according to Coinbase, only a month after it reached its highest value yet, Terra Luna experienced almost a 100% drop in value. As of March 15th, the cryptocurrency was worth $0.000252.

The sudden change in Terra Luna's value came as a shock, because it is linked to a well-known Stablecoin. In short, TerraUSD (UST) is a Stablecoin that is designed to have a somewhat steady price. Many Stablecoins are often connected to government-backed currencies or commodities for that reason. But in other cases, like terraUSD, some Stablecoins are backed by an algorithm linking them to another cryptocurrency that props them up. In this case, the Terra Luna (or LUNA in short), was supposed to support the Stablecoin.

And while it seemed as if things were going well for both digital currencies, earlier in May, a large amount of UST was sold. That caused a slight decline in the coin's value, but once people realized that UST was losing its value, it triggered a mass sell-off. In mere days, both coins became worthless.

Luckily, other major cryptocurrencies didn't suffer as much from LUNA's downfall. Bitcoin's value went down by 13.03% on May 9th, but its value managed to stabilize, and it is now worth about $30,196.96.

Many poker players prefer to use cryptocurrencies when they place real money bets since it is a more secure gambling option. But since the value of cryptocurrencies isn't all that stable, you must wonder whether it is the smartest way to play poker or not.

Poker players who invested their money in LUNA currency have lost some money in the recent crypto value crash. Therefore, if they've deposited money to their account in the form of LUNA coins, they now have less cash to play with - through no fault of their own.

But while those who've invested in this so-called "stable coin" were hit with a major loss, those who prefer to use the more popular Bitcoin and similar cryptocurrencies are probably safe. Some coins, even if their value fluctuates a bit, usually remain of the same value for a long period of time. So, if you want to enjoy the anonymity and safety of placing bets via cryptocurrencies, choose your virtual coin wisely.

Be careful, and you will be able to have a spectacular poker session with minimal risk!