Neymar Jr to Rake in Poker Wins on a New Career Path? 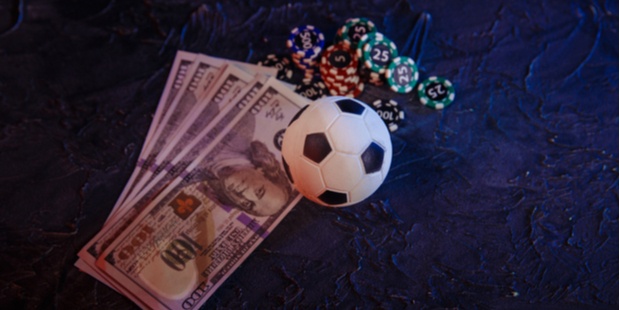 We've all heard about celebrities like Ben Affleck and Kevin Hart playing poker, as they managed to rake poker wins in the past. But did you know that start football player, Neymar Jr, is also a big fan of the game?

Apparently, Neymar decided to test his poker skills at the WSOP this year, but the question is: was he successful? What kind of poker experience does he have? And did the poker community accept him with open hands? Find out the answers to these questions and learn a lot more about the unexpected poker superstar!

Neymar da Silva Santos Junior was born in Brazil 30 years ago. He started playing soccer professionally at 17, immediately becoming a fan favorite. After a successful run with the Santos FC, he moved to Barcelona, becoming a key player alongside Lionel Messi and Luis Suárez.

But while he made stellar achievements at the Catalonian club, he couldn't reach the star level he was aiming for while playing in Messi's shadow. That is why he decided to transfer to Paris Saint-Germain – a move worth €222m, which made him the most expensive player in the history of the game. Since joining PSG, Neymar has made 144 appearances, scoring 100 goals, bringing his total goals sum throughout his career to 342.

But while there is no doubt the soccer player nicknamed Juninho is good at what he does, that doesn't mean he's not successful in other areas of his life. Over the years, Neymar made a point of promoting Brazilian modern pop music and even played poker in a semi-professional environment.

Neymar Jr. first participated in a WSOP tournament in 2015, but he wasn't able to be a permanent fixture at those events – probably due to his packed schedule. But luckily enough, this year, he was able to attend more than one WSOP event – and the fans were blown away!

The PSG forward first entered Event #26: $10,000 Limit Hold'em Championship, but he was eliminated on day one. But Neymar, who knows that resilience is the key to success, didn't let his loss bring him down. First, he went to play a $10/$25 No-Limit Hold'em game at a different venue just to get his mojo back. He also participated in a private 16-player sit-n'-go WSOP event a few days later.

And apparently, it really worked for him. The legendary soccer decided to join Event #41: $1,000 Super Turbo Bounty No-Limit Hold'em, and this time around – he actually had a cash finish. He ended up in 49th place, leaving the table with a modest prize of $3,959.

But that's not all. Apparently, Neymar Jr. walked out of the casino that day with more than a bit of cash. When the money bubbly burst, the players still in the game had to remain in their seats, as is customary in such events.

But the soccer player, maybe due to excitement, was standing on the rail, chatting with his friends. That almost got him kicked out by security personnel, but Neymar quickly resumed his seat and proceeded to play. Now he has a funny story to share with his friends and family.

And of course, fans took notice of Neymar's success. Chad Holloway tweeted on June 20: "I mean the very idea of #Neymar winning a @WSOP gold bracelet is unfathomable, but he's actually making a run! If he were to do it, well I cannot imagine! Biggest story in the history of poker perhaps? New boom (certainly in Brazil & elsewhere in the world)?"

Others simply posted pictures of the soccer pro, and Cracking Aces tweeted: "Neymar has jumped into the $10k Limit Championship at the WSOP. Neymar has 175 million followers on Instagram. Neymar is good for poker". And they aren't wrong!

Seeing Neymar Jr. rocking the poker tables warms our hearts, as it is always encouraging to see that poker attracts so much attention from people all around the world. Have you seen the PSG player in action, on or off the field?