How Dangerous Rumors Brought the WSOP to a Stop: Online Poker News 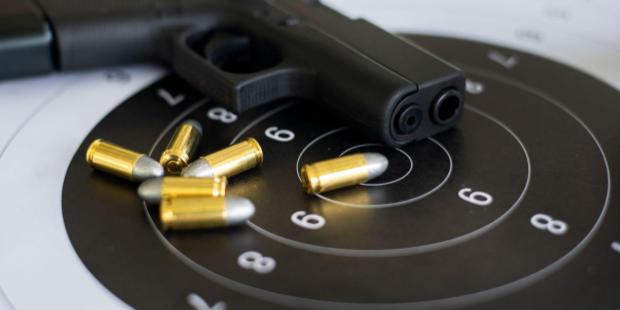 In a time when mass shootings happen way too often, it is no wonder that stress levels are high, and people sometimes prefer to play online poker from the comfort of their own homes. Only hours after the Main Even ended and the champion was announced, rumors of an active shooter in Las Vegas caused mayhem at the WSOP.

What really happened on that eventful night? How many people were injured? Find out more information about the latest WSOP drama in a moment!

On Saturday night, July 17, right after the WSOP Main Event ended, a gunshot sound came from the MGM Grand parking lot, which sent the entire Strip into chaos.

Later in the night, it turned out that it was an unfortunate misunderstanding and that someone misinterpreted a window shattering as a gunshot, but the supposedly innocent event caused quite a stir.

Unfortunately, the suspicious sound caused people to flee the MGM, including players at the tournament poker area. Soon enough, police and emergency personnel arrived at the scene, causing people to believe there was an active shooter on the loose.

Rumors soon spread all over social media, causing a panicked chain reaction at multiple gambling venues like the Paris, Bellagio, and Caesars Palace.

What Happened at the WSOP?

Players who took part in the WSOP events that day shared their experiences on social media. Poker player Joe Cada stated:"… Everyone running in panic, no one knowing what is going on, people getting trampled. I’ve never seen so many people running in fear, only caring about themselves…"

In their haste to escape, players overturned tables, leaving their chips stacks in a jumbled mess. Eventually, officials decided to end three bracelet events early and resume the games the next day. That includes the $5,000 No-Limit 8-Handed Event, the $1,500 Closer Event, and the $10k 6-Handed No-Limit Hold'em Championship.

Overall, the WSOP team handled the unexpected emergency professionally, and poker player Darren Rabinowitz tweeted: "Credit where its due, was very impressed by the response by security, paramedics, and the WSOP staff tonight."

Sadly, not everyone managed to leave the venue unscathed. According to reports, multiple poker players were injured as people tried to escape, including Daniel Negreanu, who injured his right hand. Other players, like Michael Trivett, Vanessa Kade, and Mike Matusow suffered from minor injuries as well.

Luckily, the person responsible for the rock throwing that broke the glass was arrested, and charge of destruction of property is not the only thing he might face, as the wrath of all involved poker players will be directed straight at him.

Poker-Related Shootings in the Past

That is not the first time that poker players get involved in shootings. In January this year, a security guard at the Legends Poker Room in Houston stopped an armed robbery. A few months later, players in the building had to duck for cover when a gunman opened fire from outside.

As the number of gun violence victims rises with each passing year, poker players have to decide: is it safe enough to visit their local poker rooms? Or should they stick to placing bets online for the time being? Let's hope things calm down soon enough, so people will feel safe to venture out of their homes and enjoy the game they love so much.