Everygame Poker Predictions: Who Will be Inducted into the Women in Poker Hall of Fame? 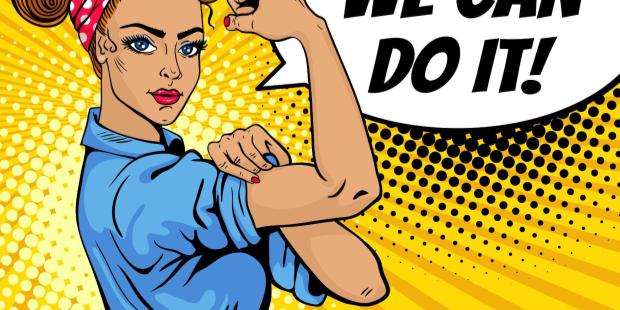 Even though women are more than welcome at the tables, the poker industry is still a male-dominated world. When you look at the participants in WSOP events, other major events, and even the Poker Hall of Fame – you will mostly encounter men who strive to make a name for themselves.

But what about female poker pros? How often do women participate in poker events? How many of them were inducted into the Poker Hall of Fame? And what is the purpose of the Women in Poker Hall of Fame? Our Everygame poker news report will cover the answers to all those questions, so stay tuned!

What the Stats Say: How Many Women Play Poker

From time to time, you hear of women making a name for themselves in the poker industry. Maria Ho, Vanessa Rousso, and Annie Duke are some of the pros you might recognize. But even though there are now more female poker pros than ever before. But they are still not as involved with the game as we'd like them to be.

Let's take a closer look at some numbers and see how immersed women are in the industry. For example, out of 62 Poker Hall of Fame members, only three are women: Jennifer Harman (inducted in 2015), Linda Johnson (2011), and Barbara Enright (2007).

Another study showed that in 2022, there was a 22% increase in the number of women who played recreational poker in Britain. While 58% of the women who participated in the survey said they began playing poker because it is a fun social game, only 31% of all female players tried their luck in a more competitive setting.

All this data shows one thing: yes, there are more women in poker. But they are more inclined to play for fun or participate in women-only games (like the all-ladies WSOP event) rather than competing with their male counterparts.

Earlier this year, Daniel Negreanu posted a controversial tweet, saying: "26 consecutive years as a pro poker player hearing the same 'getting women into poker is an untapped market' discussion. Tapping efforts have yet to increase participation past roughly 5% of fields. It was the same in 96’ as it is today."

Some people agreed with him, while others contradicted him, saying that in some poker festivals and events – there is a bigger representation of women at the poker tables, but it all depends on the location.

Overall, it is agreed that something has to change if we want to see more women play the game and turn poker into a successful career. And that is where the Women in Poker Hall of Fame comes in. The organization is dedicated to encouraging women to be fearless and take a more active role in the industry, empowering female pros to give them a confidence boost.

The organization has been picking inductees who have contributed to the poker world since 2008, honoring women like June Field, Kristy Gazes, and Lupe Soto. So far, 20 women were inducted into the Women in Poker HOF. And now is the time to add another name to the list!

Until September 1st, people could submit names of women who they feel are worthy of the title. There are a few requirements those women must follow:

We will soon find out who made it to the final nomination list, but experts predict that we might encounter the names of popular players like Kristen Foxen and Vanessa Selbst.

The Women in Poker Hall of Fame is about to induct its newest member and honor a major female poker pro for contributing to the industry. Will it help encourage women to be more involved in poker? Let's wait and see!