R.I.P: What Queen Elizabeth II Can Teach You About Online Poker 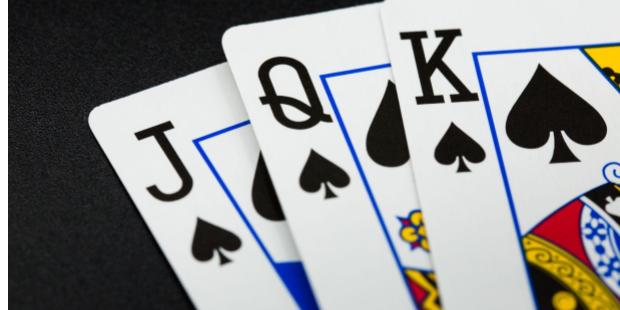 For 70 years, Queen Elizabeth II was the reigning monarch in Britain, and she was a true icon. Her passing at the age of 96 signified the end of an era, and the British people – along with the entire world – couldn't help but mourn her loss.

For generations, the royal family affected our lives in multiple ways – some more obvious than others. To honor the memory of the late monarch, we're going to review how royals have affected one of the most unpredictable industries: the live and online poker world. Sounds intriguing? Now is your chance to learn more about the majestic side of poker.

A Short Walk Down Memory Lane: How Royals Affected Gambling (and Poker)

What is the first thing that comes to mind when you think about the royal family and poker? That's right, the playing cards. Have you ever wondered how the jack, queen, and king ended up being a part of a deck of cards? How did they influence the game we all love today?

According to Britannica, playing cards first appeared in Europe around the 1370s, probably imported by merchants from Egypt, which made them a luxurious item. In fact, one of the first mentions of playing cards was recorded in an account book of King Charles VI of France, who paid a lot of money for a hand-painted deck of cards.

However, cards became more widespread as time went on. And at some point, governments even tried to monetize them. For example, in the 17th century, Cardinal Mazarin in France turned the famous Palace of Versailles into a card-playing casino.

In a time when royals were considered the most influential people on the planet, it is rather obvious why some of the most powerful cards in the deck were represented by members of the royal court.

At some point throughout history, French card masters – who came up with the card designs that later became popular in all of Europe – began assigning identities to the court cards. There was no consistency in regard to which royals were chosen to be depicted on those cards, as each card master had his own preferences.

However, around the 1600s, it became standard to see Charlemagne (king of hearts), David
(spades), Caesar (diamonds), and Alexander (clubs) on the highest-ranking royal cards. When it came to the queens, most cards depicted Judith (queen of hearts), Pallas (the goddess Athena was the queen of spades), Rachel (diamonds), and Argine (an anagram of the word Regina was the queen of clubs).

When it came to the Jacks (or knaves), those were represented by La Hire (knave of hearts), Ogier (spades), Hector of Troy (diamonds), and Lancelot (clubs).

But even though for a while there, the cards were influenced by real-life royalty, the practice of assigning identities to cards was discontinued by the end of the 18th century. Nowadays, court cards represent fictional characters only.

The playing cards we use in live and online poker might be generic and unoriginal, but that wasn't always the case. In the past, playing cards were practically considered a work of art, and they were largely influenced by real-life royal figures.