Will the New PM Affect the Way People Play Poker Online in the UK? 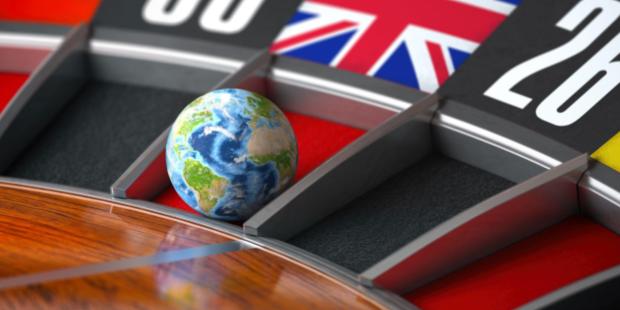 When former Prime Minister, Boris Johnson, resigned from his position it became clear that the gambling reforms he was promoting might be in jeopardy. And now that Liz Truss has taken his place as the head of the British government, it seems that the highly anticipated changes won't take place anytime soon.

What does the future hold for those who wish to play poker online in the UK? And what about land-based poker venues? Let's take a closer look at the latest political updates in Old Blighty and how they affect the gambling industry!

For more than two years, the British government has been trying to change gambling rules in the country to no avail. The goal was to reduce gambling problems by limiting online gambling, but the publication of the much-anticipated white paper was postponed four times.

When it became clear that Boris Johnson was about to step down from his position as Prime Minister, all talks of gambling reforms were put on hold. And now, as Liz Truss was appointed Prime Minister, poker players are wondering whether the previous reform will take place after all or whether gambling rules might change even further.

Any decisions concerning gambling in the UK are made by the Secretary of State for Digital, Culture, Media, and Sport (DCMS), which is now being led by Michelle Donelan. Before starting her political career in 2015, Donelan specialized in marketing, working for Marie Claire and the WWE for a while.

In the past, she expressed her support for gambling reforms. Back in 2018, she was one of the MPs who voted to have the maximums stakes on betting terminals reduced from £100 to £2. She said: " I strongly welcome this announcement, which addresses an issue that has destroyed far too many lives."

In an interview, Donelan also claimed: "…problem gambling is an issue in my constituency…What more can the department do to push gambling companies to better support addicts?"

While the current head of the DCMS hasn't addressed the issue of the gambling reform in recent months, we can expect her to support the proposed changes to make gambling even safer.

So far, rumors suggest that Donelan might reduce betting limits for online casinos. But will it affect online poker or slot games only? Right now, there is no knowing what the future holds for the gambling market in the UK. But hopefully, a white paper will be published sooner rather than later, addressing the issue of problem gambling head-on.

On July 20, 2022, the UK Parliament gathered to debate the publication of the white paper after several postponements over the past two years. Online records show that Lord Parkinson expressed his displeasure over the government's hesitation in addressing gambling problems. According to him,"…there are already one or more gambling-related suicides every single day, and that 60,000 children are already classified as gambling addicts."

Others have expressed their concerns that tight and strict regulations might drive people to seek gambling alternatives in the black market and that at the end of the day – most people gamble safely, and they shouldn't be penalized.

At the time, it was said that all those things would be taken into consideration in the white paper. But since then, political turmoil pushed back the publication date indefinitely.

The British public has been waiting for an announcement regarding upcoming changes in the gambling industry for quite a while, but it seems as if they might have to wait a bit longer. Hopefully, the new MP in charge of the DCMS will address the issue soon!