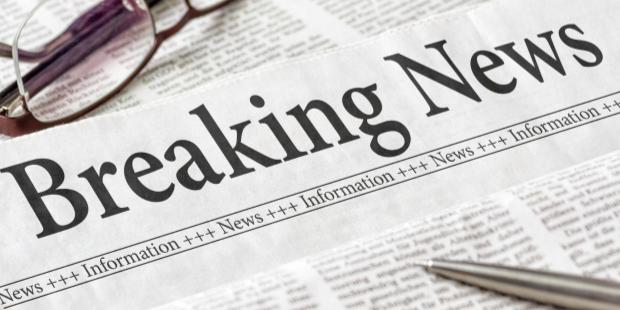 Poker is a highly dynamic game. Every week, new players are crowned as winners, shocking scandals are revealed, and poker fans can't get enough of the action. Whether you decide to play poker online or read poker news, there are many ways for you to feel like part of the poker community. The easiest way for you to do so requires keeping up with the latest news reports.

October has been a rather interesting month when it comes to the poker world. What has happened? What is the most exciting piece of news you should know about? Keep reading and get your poker knowledge up to date! Find out who was involved in a cheating scandal, which poker room was raided, and more.

Poker pro Robbi Jade Lew has been lately accused of cheating while playing against Garrett Adelstein, competing for a $269,000 pot on Hustler Casino Live. According to reports, Bryan Sagbigsal – an employee who was fired recently – was also involved in the incident.

Apparently, casino cameras spotted Sagbigsal taking almost $15,000 in poker chips from Lew's stack during a game that took place on September 29. At first, Lew refused to press charges against him, leading other poker players to believe she was in cahoots with Sagbigsal. To prove her innocence, Lew decided to press charges despite her prior reluctance, complying with a police investigation. In a tweet, she also claimed she passed a polygraph test, which was supposed to clear her name completely.

However, some poker pros still find her behavior suspicious, and not everyone was convinced by the proof Lew has shared on social media. Bill Perkins, who is supposed to play against Lew in a $2m challenge, said: " Your behavior after the hand is not consistent with somebody who didn't cheat".

Police Make Arrests After a Raid on a Texas Poker Club

Earlier this month, the Watauga Social Lounge Poker Club was raided by local law enforcement, which resulted in multiple players getting fined and many staff members being arrested.

According to the warrant, which was signed on October 7, authorities were looking for non-poker-related gambling apparatuses. That included dice, roulette wheels, slot machines, and more, which violate the Texas Penal Code, Chapter 47.

The raid took place on the second day of a popular poker tournament, which attracted 369 entries in total. As law enforcement officers entered the building, only 49 players remained at the tables.

Unfortunately for the players, who haven't done anything wrong, the $132,840 prize pool was seized, alongside an undisclosed amount of cash.

This raid follows a Dallas lawsuit that can change the face of poker in the southern state. For the time being, it is safe to assume that the poker venue will remain closed until the conclusion of the pending investigation.

If there is one thing you should know about poker, is that it is never boring. There are always tournaments, head-to-head battles, scandals, and tweeter feuds to keep us entertained. Sometimes, the action takes place online, but on other occasions, the drama unfolds at brick-and-mortar poker venues.

Learning more about the ins and outs of poker requires that you stay up to date with the recent news, as it might help you understand what the game is all about and how the community operates.