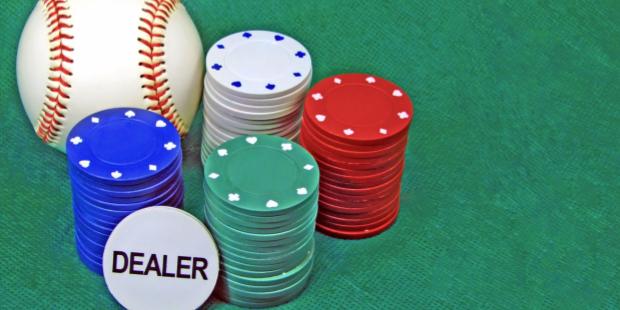 Not everyone has to play poker to enjoy one of the most popular card games in the world. Sometimes, fans of live and online poker prefer not to partake in the rather risky activity, opting for watching the game unfold from the sidelines.

Placing side bets and choosing to back poker players are only examples of how you can enjoy poker without taking a seat at the tables. And apparently, some people mastered the art of backing without batting an eye! One such person is Jim McIngvale, also known as Mattress Mack, who has highly accurate instincts that allow him to make money even without playing himself.

What is backing in poker? And how did McIngvale make history this month? Let's find out!

What is Backing in Poker?

By definition, "backing" means that an investor is prepared to lend money to a poker player. In exchange, the player usually shares a percentage of his earnings with the backer.

In most cases, the investor – aka the backer – and the poker player (also, "the horse") split the profits 50/50. However, there are no hard-and-fast rules regarding the backing process, and both parties can change the terms of the agreement as they see fit.

McIngvale is a 71-year-old billionaire who owns the Gallery Furniture retail chain in the US. Over the years, the renowned businessman expressed his passion for two main things: sports and poker.

Earlier this summer, Mattress Mack backed a group of local poker players from Houston, helping them achieve their dream of competing in poker tournaments around Las Vegas in the summer of 2022. The group of players, which got nicknamed the "Poker Stallions", consisted of 15 players, including DJ Alexander, Fireman Scott, and others.

And apparently, this is not the first time Mattress Mack puts his money on his favorite players – at the poker tables and away from them. In 2017, McIngvale placed a $3.5 million bet that his favorite baseball team – the Houston Astros – will win a championship.

This year, he decided to make a similar bet, but place much more money on the line! According to reports, the businessman approached several sportsbooks to place bets in favor of his beloved team, which accumulated to $10 million, with a payout of $72 million.

To make things even more interesting, the avid Astros supporter decided to spread the love around. In conjunction with Mcingvale's bet, the stores he owns were running a unique promotion, offering customers who spend more than $3,000 on various items the chance to get their money back – if the Astros manage to defeat the Phillies. And, of course, they did!

The way Jim McIngvale chose to support local players – both on the baseball field and at the poker tables – can teach us a lot about how we should act as a community. His readiness to help locals in their endeavors is not only admirable but also rather inspiring.

He also made it clear that you can have fun and enjoy the game you love without actually getting in on the action. If you aren't ready to take a seat at the poker table, you can still feel like a part of something bigger by supporting the players you love from afar.

Are you ready to have some fun?