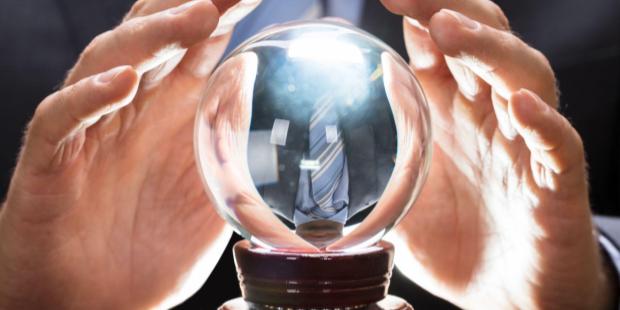 The past few years have been rather interesting when it comes to the poker online industry. The pandemic changed how people played their favorite game, making online poker more popular than ever while attracting thousands of new players to attend tournaments.

Now that a new year is ahead of us, avid poker fans have been trying to predict what changes 2023 might bring to the industry. Will we see a rise in the number of online poker players? Or maybe popular tournaments will break previous records? Let's try and see what's in the cards for poker this year!

So, what can you expect to happen in the poker world this year?

It is no secret that the World Series of Poker (WSOP) is one of the most renowned and prestigious tournaments out there. Every year, thousands of players sign up for the different tournament events, in the hopes of winning a bracelet and leaving the tables with a grand prize.

It has been announced that this year the WSOP will take place in Las Vegas starting on May 30 and lasting until July 18. But while every WSOP tournament is entertaining, this time around, three new events might draw the attention of the crowds more than usual.

First of all, the Gladiators event is one of the most intriguing events of the tournament. With a low buy-in of $300 and a guaranteed prize pool of $3,000,000 – there is no way poker players from all over the world would pass up on this spectacular competition.

Another new event is the Ultra Stack, which will have a $600 buy-in. Little more is known about this event, but hopefully, we will get more details as the date of the tournament approaches.

Last but not least, the Mystery Bounty event is making a comeback. With a buy-in of $1,000 and a guaranteed first-place prize of $1,000,000 – players are bound to flock to this event in droves.

The three highly anticipated events are bound to attract the attention of the masses, potentially allowing the WSOP to break its own record of the highest number of entries.

On January 1, a historic event occurred: after years of debating the issue, New Jersey and Michigan now allow players to compete against each other from different sides of state border lines.

This dramatic change in the regulated online poker market means more players can join the same events, thus growing the pot substantially. Moreover, the additional competition is bound to make things more interesting for regular players, and hopefully, it will be able to attract the attention of even more poker fans.

According to reports, Pennsylvania might also join the shared liquidity project, adding even more to the excitement.

Only time will tell whether this move has been as effective as everyone believes it to be, but we all cross our fingers and hope for the best!

In the past few years, Twitch has been the perfect platform for streamers to reach as many poker fans as possible. However, it seems as if poker streamers are intending to ditch the familiar platform in favor of YouTube.

Apparently, a gambling scandal on Twitch deters poker fans from watching their favorite streamers. Earlier in 2022, a popular streamer confessed to conning friends and followers out of thousands of dollars, which led the platform to update its policy.

On October 18, Twitch prohibited streaming of gambling sites that aren't licensed or don't provide sufficient consumer protection. While those rules didn't include poker or sports betting, they still created a rather negative atmosphere.

Multiple streamers expressed their displeasure over Twitch's actions, and some even said they might move their channel to YouTube. Let's wait and see whether the latter will outshine Twitch in the upcoming months!

Are You Ready for What's Coming?

If any of our predictions come true, 2023 is bound to be an extremely exciting year for poker fans! Are you ready to have some fun?