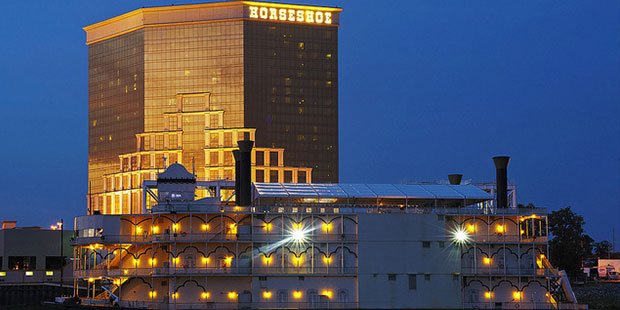 Well the fitness challenge is off to a rocky start, but at least we’ve got some good poker to talk about!

I was doing well for the first few “warm up” weeks, kinda easing back into training again. Doing well with all the rehab exercises, starting to throw in some hand stands and other basic body-weight movements for upper body training. I had even put on a few pounds already, eating pretty much everything I could get my hands on. I was really enjoying it and getting the feeling of finally being back in a groove with training! That was until disaster struck in the form of a painful tooth! I developed an infection from a bad cavity in one of my molars, leading to a very painful abscess and a tooth having to be extracted! At first I just thought “oh this is gonna be tough to keep eating as much as I have been” Well that wasn’t even close to the real issue of how devastatingly painful an abscess can be! It’s disturbing my eating and my sleep, making training near impossible. At least with poker, all I have to do is sit there, but physical activity with no energy and constant pain is the worst!

So I’ve been taking it easy, finishing up a course of antibiotics and ibuprofen while grinding a bit online. Luckily I hit a good amount of poker action before all this happened, so we have something to talk about! I recently went to Sherveport LA for the first time. The Horseshoe has a tournament the first Monday of every month that guarantees a main event seat to the WSOP in Vegas. Its only $125 with unlimited rebuys and one add on after the first break. It sounded pretty appealing, after all Shreveport’s only a few hours away from me here in Ft Worth. Reasonable even for a guy who hates driving lol. My friend Big James was already there waiting and weeks room comped by the casino for us. Deal just keeps getting better, right?! Well, keep reading cause it’s about to get amazing. The ride there doesn’t have the greatest scenery and I hate 18 wheelers. Seems like every trip I take one of them almost kills me, and this trip was no different. It may have something to do with my tiny Scion TC being difficult for them to see, but still, NOT COOL! Shreveport itself isn’t anything special, in fact aside from some cool culture and spots for nightlife, it’s kinda a dump lol But we are there for poker, so I try to overlook that. And plus, the inside of these casinos are really nice so that helps to get me to forget about the gross outside lol The Horseshoe even has a “Wall of a Million Dollars!” which was pretty cool to see. It’s pretty insane to see and realize how much money Casinos make when the can afford to plaster a wall with a million real one dollar bills!!!

The tournament itself was really interesting. lol It was insanely soft for the most part, but confusing. The tourney started with 2000 in chips and you could rebuy right away for a double stack. Ok, so now we at $225 bucks, still good, but the weird part was the structure. i rebought just because that’s what I would normally do in a regular rebuy type tourney, then realized the blinds started at 5/10!!! Haha I have never played a live tournament where the blinds started that low, hell I’ve never play in one the had $5 chips! Needless to say, it turned into a wild shootout with people busting and reloading several times. One well known local player re-bought 13 times!!! I mean not only were the players mostly really bad, they were willing to keep reloading, making it really challenging to gets chips. Basically I needed to get some good hands and have them HOLD! Luckily that is what happened after the break when I picked up Aces and somehow got ALL IN with 4 people!!! Incredibly, it held and I had some chips to make a run at the main event seat! It was right about this time that I looked at the clock and noticed something strange. The first level of rebuys lasted an hour, which I thought was nuts considering we started at 5/10 blinds, but level 2 was now only 40 minutes?! I thought maybe in the confusion of the first level, I misread the clock and went back to playing. So imagine my surprise when the next blind level kicks in and it’s only 30 minutes!! Haha DEcreasing blind structure!!! What an insane tourney, the time decreasing and the blind amount skyrocketed. Now it’s not usually like me to just jump into a tourney without checking the structure, but most of them I know by heart at this point and when the advertisement says WSOP on it, I just assumed it was a WSOP standard structure, OOPS!!!! I was definelty a DIFFERENT kind of tournament overall, from the players, to the buy in, to the structure. But I have to say even with all that craziness, I would go back to play it again. The play was just to bad and soft, had I gotten a little better run of cards, I could have easily made the final table.( Where the top 8 made a deal) I made basically only one big hand the whole tourney and still made a deep run finishing 20th or so.

We stay another few days, hitting El Dorado for some cash games as well. Shreveport cash games turned out to be the NUTS and I’ll have another post up soon about that alone. But for now Im getting back to the online streets as Everygame has some amazing new satellites ready for us! We are finally going to the big show and sending some lucky players to the WSOP Milli Maker in Vegas this June. This will be our first time sending players and we are all very excited for the chance of making someone a millionaire! Also Everygame is going back to what was a very successful spot for us last year to Velden Austria! Both trips should be amazing! I was in Velden last year and had a deep run finishing in 22nd and another one of our players finished 6th for almost 30k!! Check out some of the reviews at Living the Dream! Be sure to checkout Everygame for all the sattys running! they start as low as 3 bucks and lead to a jammed packed Sunday schedule full of finals!! Check out the Youtube video here. Lastley I will be starting a new twitch stream schedule right after the Poker Night in America series to show players how these sattys go! So stay tuned!