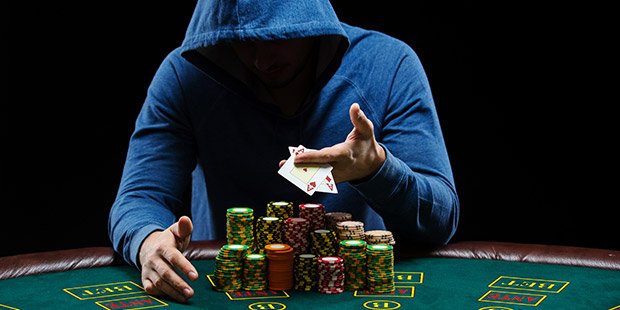 Poker is in the news in a big way these days. Poker news covers a very broad range of topics from news about tournaments to news about how the political class in various countries views poker.

We hear about rulers trying to ban all gambling in their countries, not just poker; and we hear about countries that embrace casino gaming. The United States is very happy to host the World Series of Poker Tournament!
What we usually don’t hear about are the lesser-known poker players—those who have just won a big tournament for the first time or others just beginning to make a name for themselves. In this news article, we'd like to introduce you to a few of these up-and-coming poker players.

There are many ways to play poker. Some players choose to play video poker. There is no bluffing in video poker so video poker players don’t have to hone their bluffing and counter-bluffing poker skills. If bluffing and counter-bluffing are not your thing, video poker may be the best way to satisfy your desire for some poker action.
Others prefer to play poker against real opponents. This definitely involves improving one’s skill at reading hands. It also involves observing other players’ bluffing tendencies and requires players to become better at bluffing themselves. It is this group of players that we would like to talk about.

Players Who Learned Poker and Won

In this article, we’ll introduce you to some successful Texas Hold’em players who probably got their start playing poker against real opponents either at an internet poker room like ours, or at a land based casino.
It’s important to understand that every successful poker player started out as a neophyte in the difficult world of poker. We would like you to “meet” a few players who have learned the game slowly but surely over a period of time.

Nick Vertucci lost his dot.com business in the market crash of 2000. He had and still has one of the most powerful traits every poker player needs: indomitable determination. Poker players need this high level of determination because poker involves keen observation as well as card smarts and the ability to calculate pot odds.
Vertucci went into the real estate business and soon had become financially solid again. He lists several characteristics that poker players must constantly work to improve to get their poker game to the level they want and to keep it there. These characteristics include:

Michael Gagliano has won one WSOP bracelet and has finished 22 tournaments as a cash winner. His total winnings to date are a shade under $1,000,000. He runs a poker tutoring business. Still, Michael Gagliano also graduated from college with a degree in geology. One might say that his background in geology taught him to leave no stone unturned! There is no doubt that Gagliano internalized all of the same characteristics that Nick Vertucci spoke about.
We don’t have to aspire to become the next Michael Gagliano but playing poker often is the surest way to develop the skills to become far better than average. To that end, online poker rooms offer excellent poker playing conditions in comfortable and convenient surroundings.

John Cynn recently won the WSOP Main Event. You probably have never heard of him because he never before had won a bracelet and had finished in the money only 13 times with total earnings just a shade above $700,000. The millions he won in the WSOP Main Event raise his lifetime earnings more than tenfold.
Clearly, Cynn didn’t hone his skills entering high buy-in tournaments. He likely used a combination of low buy-in or freeroll online tournaments and low buy-in tournaments at land based casinos plus a lot of “just playing poker”.

A Few More Names in the News

Norbert Szecsi recently won his second bracelet by winning the World Series of Poker Europe Event 6.
In the same tournament, Netanel Amedi from Israel became just the fourth player from Israel to win a bracelet. Amedi proved that poker is a game of skill and the news from Israel is that the country’s Supreme Court has ruled that poker is indeed a game of skill. That may open the door for poker to become legal in Israel - maybe we'll soon see a WSOP even there!
Martin Kabrhel won his second bracelet at the WSOP Event 9 in Europe - he's a player to watch.

How Players Get Really Good

Every year we hear new names of poker players who spent long hours developing a winning set of poker skills. 2018 has proven no different than previous years. Improving is the great attraction of poker for many players: that it requires a great deal of effort to become better than they were before but that the effort is well worth it!