Online Poker Still Has Many Advocates in the United States 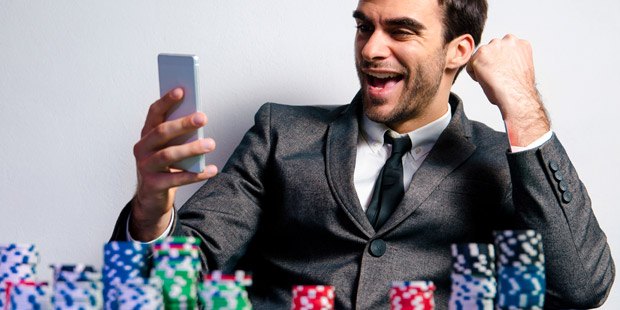 Poker Online Can Be a Boon to States

In May 2018, the United States Supreme Court threw out a law from 1992 that had made sports betting illegal in 46 of the 50 states.  Since then, many advocates of legal online poker and gaming have renewed efforts to achieve that goal.  Still, the opposition remains strong as well.

UIGEA and the Elephant in the Room

It seemed for a decade that it would be impossible ever to bring back online poker and casino gaming after Congress passed the Unlawful Internet Gambling Enforcement Act (UIGEA) as a rider to an omnibus bill back in 2006.  President Bush “had” to sign the bill so the UIGEA became law.  In short, the UIGEA made it illegal to transfer money from one account to an online casino account.  So, most online casinos left the U.S. market.
The giant flaw in the UIGEA was that it clearly served to further the interests of land based casinos.  Even as politicians continued to give the go ahead to land based casinos to be built in almost every nook and cranny of the United States, the same politicians said that online poker and online casino gaming in general was a “very bad thing”!
To put it all in poker terms, everyone knew that Congress was bluffing.  The online poker and casino industry did not know yet how to call the politicians’ and land based gambling interests’ bluff.

PASPA to the Rescue

In 1992, hoping to protect sports from the dangers of gambling, Congress passed the Professional and Amateur Sports Protection Act (PASPA).  The ostensive purpose of PASPA was to keep gamblers and gambling away from sports.
In the case of the UIGEA, we said that the clear and apparent conflict of interest was the elephant in the room.  In the case of PASPA there was a bull in the china shop.  In fact, there were two bulls in a single china shop and together they broke every piece of china before the Supreme Court called a halt to the fiasco.

The highest court in the U.S. declared that PASPA was in violation of the U.S. constitution and voided the law.  This decision was expected but it was also a long time coming.  Only a small number of states saw the writing on the wall and were ready to implement sports betting quickly but most of the other states will at least consider implementing sports betting in 2019 or 2020.

The decision in the PASPA case has brought out calls to legalize online poker and other casino gaming.  The news that we are reporting here is that the opposition to online poker is still very strong.  The battle for fully legal online poker continues.

Naturally, people who run land based casinos don’t want any competition.  Sheldon Adelson is a leading proprietor of land based casinos primarily in Las Vegas.  He has led the fight against online poker and casinos.  He has already invested millions of dollars in this fight and seems prepared to invest millions more.
Adelson runs the Coalition to Stop Internet Gambling.  The idea is that somehow internet poker and casino gaming is a surefire way to corrupt young people whereas land based casino gaming is not.  To some extent everyone agrees that that is true.  A land based casino can tell an underage person to leave the casino.  This is admittedly harder to do at an online poker room or casino.
However, there are many ways to prevent most underage people from gambling online.  The hard core opponents of online poker and casino gaming seem to be more concerned with denying competitors a chance to compete.  They claim that people can access online casinos across state lines even though states have the technical means to prevent that from happening.

Senator Bruning served as the Nebraska Attorney General before being elected to the U.S. Senate.  He said at a meeting of the Crime, Terrorism, and Homeland Security and Investigations Subcommittee that legalizing online gaming is akin to legalizing marijuana.  He simply ignored the fact that marijuana is a physical entity that can be smuggled over state lines whilst online casinos live in the virtual world so cannot be smuggled over state lines.
It is also telling that Senator Bruning made his comments at a committee that was established to combat terrorism. The committee also deals with threats to homeland security.  So, Senator Bruning is comparing an online poker room with a terrorist carrying a dirty bomb, a chemical agent, or a biological weapon of mass destruction!
The hyperbole here is quite amazing.

Even though sports betting is expected to generate more tax revenue than poker, many states are looking to legalize online poker in their jurisdictions.  The argument is that online poker can be successfully regulated; that underage people can be prevented from gambling; that the accusations that online casinos are used to launder money are wrong; that private citizens have the right to spend their time and money in almost any way they choose; and that the states can benefit financially from legalizing and regulating online poker and casino gaming.
So the fight for online gaming will continue for the indefinite future.