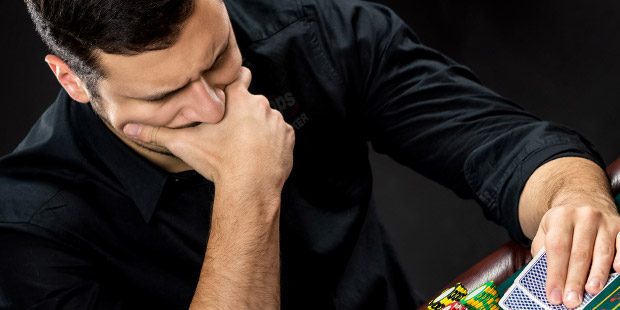 Every Hand Has Its Own Hidden Secrets

One of the aspects of the poker boom brought on by Chris Moneymaker’s win in 2003 is the great popularity of online video clips from tournaments around the world.  The hands presented there are extremely informative and well worth the time you might spend studying them.

Let Poker Teach You about Poker

We talk a lot about the necessity of studying poker and practicing different situations.  Sometimes, we find a hand is so informative that we can learn a tremendous amount from it.  A great teaching hand is probably one that was played in a tournament at a land-based casino.
Online poker gives you the possibility for tons of practice.  Online poker gives you the chance to see hundreds of hands.  Land-based casino poker against in person live opponents is a bit intimidating to inexperienced players.  Even players who are equal in skill to the others around the table often feel intimidated.  Playing poker online takes away a lot of the intimidation factor so we can learn a lot from playing both online and at a land-based casino and we can learn a great deal by studying the best hands as they were played.

A Great Read and Laydown

Daniel Negreanu has been one of the best and most popular professional poker players for over twenty years.  He has his own unique playing style which involves almost constant chatter plus selectively playing “poor” hands as a way of confusing his opponents.  The chatter is not simply a function of Negreanu’s open personality.  He sincerely believes that he can read an opponent by the opponent’s reactions to his chatter.
To a professional player, little is left to chance; everything is calculated.
Here we’ll look at a great hand played by Daniel Negreanu at the Super High Roller Bowl.   He was at a seven-player table.  Negreanu was playing jack-ten of hearts and Mikita Badziakouski had a pair of nines.  Negreanu raised and the next player, Badziakouski, called.  Negreanu feigned joy with the call as if he had a big hand and was thrilled to be challenged and the other five players all folded rather than call a large raise in the face of two bets before them.
Two of the folders had ace-small, hands that interestingly enough we spoke about briefly in a previous article.

Negreanu was looking for any sign that Mikita might telegraph about his hand but Mikita is an up and coming player in large part because he is so hard to read.

The flop was 6-7-8.  This gave Daniel an inside straight draw and it gave Mikita an open-ended straight draw.  Mikita bet and Daniel called and already Daniel was getting a feeling about the hand.  The next card was a 9.  It gave Mikita three nines but it also gave Daniel his straight.
Daniel showed great joy at the nine.  He likely was trying to test Mikita to see if the younger player could put him on a bluff or if he world see through the subterfuge and put Daniel on a strong hand.
In most cases, a set would win a hand like this.  However, Mikita had stayed in the pot with a middling pair.  That would likely throw Daniel off the track.

The final card was an 8 which gave Mikita a full house.  At the moment, the full house was completely hidden to Daniel because he had not yet put Mikita on an intermediate pair.
At this point, Mikita made a significant blunder.  He bet 60,000 trying to make his full house look like a bluff.  Daniel took a lot of time figuring out the possibilities.
If Mikita had a pair of sixes, sevens, or nines, he would have a full house.  If he had a pair of eights he would have four-of-a-kind.  These hands, of course, crushed Daniel’s straight.  The only alternative was that Mikita was bluffing.
So Daniel needed to decide if Mikita was bluffing or not.  He ran through the bets at every street.  If Mikita had started with a high pair, would he have bet after the flop?  Both players checked after the river.  Daniel was afraid that a bet at that point would scare Mikita away from the hand and Mikita was happy to see another card.

We don’t know for sure why Daniel decided that Mikita was not bluffing.  It could be that Mikita is not a fully proven high-level pro or it might be simply that Daniel Negreanu has great poker instincts.  In either case, Daniel concluded that Mikita had a far better hand and folded.

How Negreanu Analyzed the Hand

Daniel looked at the board and saw four hands that crushed his straight.  A truly top-level player might have seen the same boars and felt that the time was ripe to bluff Daniel.   If the betting had been more animated throughout the hand, Daniel might have looked at it differently.
Daniel didn’t put Mikita on a made hand at the flop or at the turn.  At the turn, Daniel had a winning hand.  So, when Mikita led out with a huge bet at the river, it sharpened Daniel’s senses. He got a lot quieter and less animated.  He ran through everything he knew about Mikita’s style of play and came to the conclusion that Mikita must have hit a very strong hand on the river.

Unusual but not Rare

It’s a mistake to think that such analyses and conclusions are rare and that even most top level players would have seen the large river bet.  Athletes study other athletes all the time.  They look for nuances in a player’s repertoire as a way of predicting how they will act in given situations.
Chess players are notorious for studying past games ad infinitum.  Some situations that didn’t seem unique may suddenly open up a new line of play.  Poker is the same in the sense that if you can replay your hands and the hands you have seen from an opponent, you will have a much better chance to work through a bluff, create your own bluff, or put an opponent on a strong hand when the board doesn’t clearly indicate it.
Most poker players don’t aspire to become professional; we aspire to get better.  Learning to learn from our previous hands is a powerful step to gaining that elusive improvement in our game.