Online Poker is a Game of Ultimate Concentration 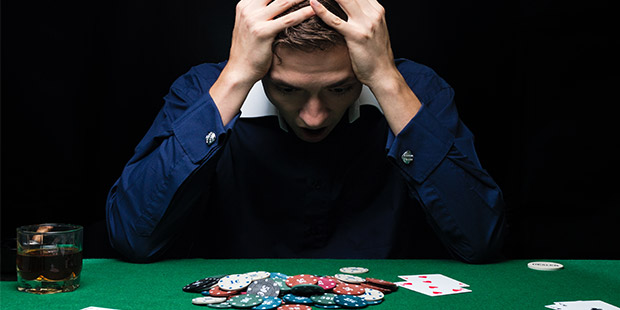 Online Poker Can Sharpen Our Vision

The main reason that poker players consider live poker tells to be so important is simply because they think that they can see them.  This often leads to players misreading physical actions as tells.  For example, if a player has been playing somewhat tightly and enters a hand under the gun and then scratches his or her nose, many players will jump on that behavior as an obvious tell and will get out of the hand quickly.

However, the player who scratched her nose might just have had an itch.  Ogden Nash wrote a wonderful poem many years ago in which he simply told people “if you have an itch, scratch”.  That may be what the scratcher was doing!

There are many physical activities or actions that might seem to be a tell but have a perfectly good explanation.  If a player squirms in his seat, it might be a tell or it might be that his butt hurt and he was just shifting his weight a bit.  When a player adjusts his glasses it might be because they are rubbing his nose too much.

Since we can’t see our opponents when we play poker online, the entire realm of reading tells becomes one of outsmarting one’s opponents through the psychology of tells.  Reading players online is similar to a police interrogation in the sense that the actual words that come from the player’s mouth may tell only a small fraction of the story.

The ultimate value of looking for online tells is that it forces players to become ever more attentive, and to concentrate more.  Here are three less well-known online tells that you can “see” and make money from.

Even when playing online, many players get bored.   The best remedy for boredom is to find something else to do that, at that moment, is more interesting than continuing what you have been doing.  Robert Pirsig, in his monumental work “Zen and the Art of Motorcycle Maintenance” spoke about this in the context of everyday life, not in the context of poker.

He says that everyone gets bored at work.  In order to avoid making bad mistakes whilst at work because of boredom, we have to find ways to restart our interest and attention.  Outside of work, the best thing to do to restart enthusiasm is simply to do something else.

A bored poker player will make mistakes.  They may play faster than they should or may play slower than they played before.  If they have been losing, they may seem desperate to win back some of the money they have lost.  This will lead to players making inaccurate analyses of that particular hand’s conditions or may be a sign that they are too tired to think through a hand.

How to Avoid Boredom

The best way to avoid being affected by boredom on your own part and thus telegraphing that your poker play has become weakened is to set a strict time limit on your online poker activity.

If you play online often and you also find that you’re playing against some of the same opponents frequently, setting a strict time limit will help you because your opponents will realize that you are in complete control of your game.

Interestingly, setting a strict limit on how much you can lose—or win—does not have the same effect for you.  This assumes, of course, that you play poker with money that you can easily afford to play with.  Even if you have had an unlucky session, towards the end of a poker game there are opportunities to win money that might not have existed at the beginning of the game.

The most common case is that the player who has won the most in that game might feel willing to risk some money on a questionable call.  This happens in many casino games.  A roulette player who plays the bets with the best odds and gets lucky might decide to risk his or her winnings on their “lucky number”.

So, even if you have lost money, there may be money to be had as the winners play a little riskier.

Players try to vary their play to throw their opponents off.  Inconsistency is different.  If a player makes a poor judgment on one hand and makes the correct judgment on the next hand, it is more likely a sign that he or she is an inconsistent player rather than a player trying to confuse the opposition.

Good players don’t use poor decisions as a ploy to confuse their opponents.

In the restricted world of poker tells, playing online means you have to pay a lot more close attention to your opponents than in a live game.  You can write down an opponent’s actions in a given situation.  There is a deep psychological benefit to paying such close attention to your online poker opponents.  Paying attention in poker causes us to see more than we imagined we could see.  It also gives us a window into ourselves.  Through that window, we can become better players.

You need the close attention because you don’t know if your opponents are playing just for fun or if they see themselves as being in training for bigger tournaments.

In terms of tells in online poker, a player who seems to not be paying close attention is likely telegraphing a very valuable tell: that in a difficult hand you may be able to get them to fold a good hand or to call with a poor hand.