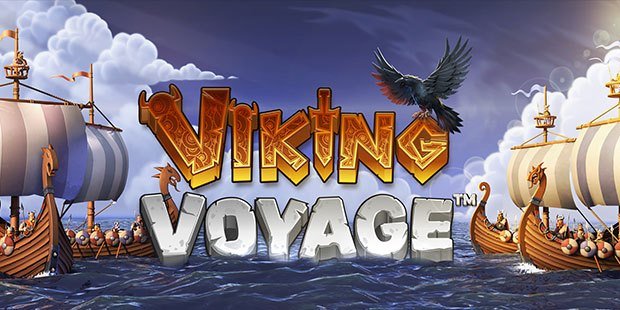 Join the Golden King in our brand new Betsoft Slot Viking Voyage, and accompany his loyal warriors in search of riches across the sea!

Vikings were seafaring Norsemen who came from Scandinavia during the eighth to eleventh century. These warriors had a notorious reputation for pillaging and plundering throughout the medieval world and their historic raids were fearsome and long-lasting. However, they were also some of the world’s greatest explorers and craftsmen, managing to build vessels able to travel to Europe, Asia, Africa and some even suspect the New World!

This awesome new game is a 5-reel Always Pay Slot that offers a free-spin feature, a ‘double or nothing’ mini-game and a wild multiplier.

The free-spin feature in this game is certainly unique and something our players will definitely like. The free-spin symbol is represented by a Viking Longboat, and all that needs to happen to be awarded these free spins is for the symbol to appear on reels 1 and 5. It couldn’t be easier!

Vikings loved to take risks, and what better way to feel like a Viking than with the ‘double or nothing’ mini-game. After any normal win you are given the option to wager half or all of your winnings on a coin flip. If you guess the face of the coin correctly, you instantly double your winnings!

This amazing new slot game is coming at the end of April, so clear your schedule!