From Dusty Texas to Millions of Players Worldwide 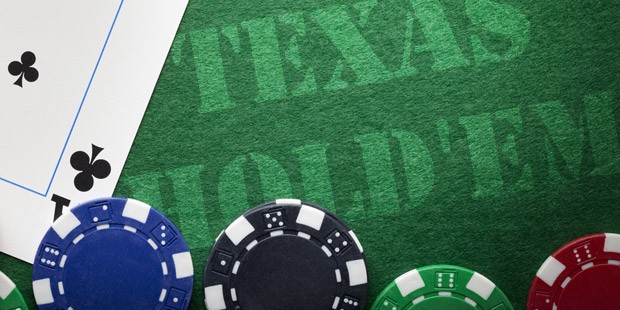 Texas Hold’em is by now the most popular and famous variation of poker.  It is interesting that the game is only about 100 years old.  In those 100 years, Hold’em has gone from the poker variation of choice of hardened Texans to a worldwide online poker phenomenon.

The fast spread of Hold’em holds a few insights into poker players and poker itself.  The greatest period of growth in the popularity of Hold’em occurred after Chris Moneymaker won the World Series of Poker after qualifying for the tournament by playing poker online.

The true origins of Texas Hold’em are unknown but there are some oral history traditions surrounding the game.  It is well known that the game began in Texas.  One tradition says that it began in southeastern Texas and quickly moved north to the bigger cities of Dallas and Fort Worth.

Texas in the early part of the 20th century was a hot and relatively dry state but in the southeast there was plentiful rainfall.  In his great biography of President Lyndon Johnson, Robert Caro spoke about “west of 30”.  This was an area west of a line that received at least 30 inches of rain every year and thus was good for farming.  West of the line rainfall was very inconsistent so the economy was based on ranching and then oil production.

Caro also described the electrification of Texas in the area just west of the capital, Austin.  This took place in the 1930’s so when Texas Hold’em was created, much of Texas had no electrical grid at all, insufficient rainfall, and a slowly developing economy.

Despite originating in Texas in the early years of the 20th century, Hold’em didn’t reach the casinos of Las Vegas until the 1960s and at first only in the Golden Nugget.  It seems remarkable that the poker variation that has caught the world by storm only stated its march across the casinos about 50 years ago.

Poker’s Origins in Other Countries

There are also some who claim that the ancient Chinese played a game similar to Hold’em.  Others see its roots in Persia or in France of a few centuries ago.  It is no doubt true that the game we know as Texas Hold’em did originate in Texas.

One of the most indelible facts about Hold’em is that by adding two cards to what was five-card stud, Texas Hold’em became exponentially more complex.  This is the first great insight into the character of poker players: poker players like complexity.

Because Hold’em is a community cards game, many players can crowd around the table to play.  If the table were big enough, as many as 22 players could play at the same time.

Because of the great complexity of Hold’em, there is a wide range of skill levels among Hold’em players.  New players can now read books about how to handle many situations.  Some new players stay in only when they have a solid hand.  These players soon learn that playing in this manner means that they win relatively little on their good hands.  So, they inevitably advance to the point where they can stay in a pot even with a relatively poor hand.

The simple fact that many even moderately advanced players will stay in at least to see the flop means that the game itself has advanced in complexity.

The science of playing in various positions is constantly being refined.  In this sense and in many others, Texas Hold’em has many similarities with chess.  The first ten moves in chess are often “forced” as the opening moves have been studied for many years.  But in every tournament a player finds a new wrinkle in what had been established chess play.

As players get more experience, they learn that depending on their position and the betting that ensued before them, there are many different ways to play the same hand.

The growth of Texas Hold’em and the growing sophistication of players has forced poker players to become more and more studious.  Poker players can no longer rely on their gut feelings for a decision.  Even if the decision comes down ultimately to what the player feels or thinks, he or she has to go through a series of mental analyses in order to pinpoint exactly what the situation is that awaits their decision.

In order to reach the highest level of skill in Texas Hold’em, a player has to develop his or her powers of observation far beyond what players even thirty years ago needed.  In this sense, finding tells is actually one of the less important aspects of poker observation.

Discovering betting patterns among one’s immediate opponents is far more important than looking for tells.  This leads to the simple fact that many players are quietly developing great Hold’em skill playing poker online.  Many online poker rooms also offer free play so players can hone their skills at no cost.

Players need to develop the ability to “see” the hidden cards.  The great YouTube clips also have educated thousands of new Hold’em players.  Many experienced players are surprised to find that the competition at tournaments keeps getting stronger and stronger as more online players enter the tournaments.

Although there is no way to be sure that a new poker variation won’t come along to replace Hold’em, we can fairly safely say that Hold’em is the epitome of poker variants.  So many players have invested many thousands of hours studying the many nuances of Texas Hold’em that it is difficult to see any new variation replacing it.

Online poker and mass communication generally are major contributing factors in the sustained rise of Texas Hold’em.  In that sense, the medium truly is the message in the words of Marshall McLuhan.  Both poker online and Texas Hold’em are here to stay!