How to Learn from Poker’s Greatest Players 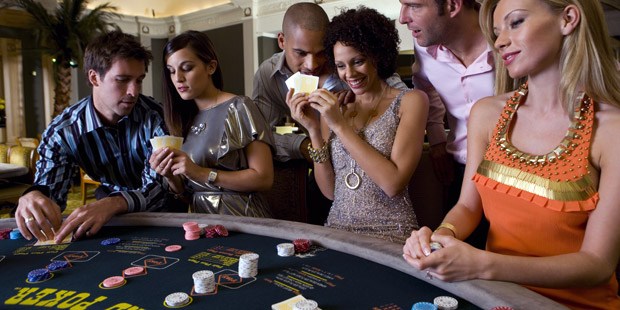 Every great poker player has a characteristic that sets him apart.  Let’s look at some of these traits of world-famous poker players.  We know these players from YouTube clips but online poker players can learn a great deal from them and improve their game.

The Best Poker Players Have Much to Teach Us

There are many thousands of poker players.  Many play poker online while many others play poker at land-based casinos.  We all want to improve our poker skills.

Online versus On Land Poker

Online poker players need a somewhat different set of skills than do land-based casino poker players because the visual side is lacking online.  This, of course, does not mean that online poker is less valuable than land-based poker.  In fact, playing poker online is probably a better teacher than playing on land for a couple of reasons.

Playing poker online is far more accessible than traveling to a casino.  Under the rubric of availability there is the ability to monitor one’s playing time far better online.  Poker players, as also all casino gamers, benefit most by treating the game as a healthy and fun pastime.  Players at land-based casinos have little else to do besides gamble so they do so long after they ought to have stopped.

New poker players and even many who have been playing for years are often intimidated by live opponents.  A poker player who feels ready to start playing in games with higher stakes may feel far more relaxed about it if they play online because of the far-greater anonymity online poker affords.

It is much easier to take breaks when you play online.  Once again, there is a certain intimidation factor involved here.  If an opponent is bent on intimidating you, they can do so far better if they see you.  At least, in an online poker room, they might try to intimidate you but the face to face aspect of it is missing.

The top poker players are extraordinarily patient.  In the best of times, they will fold about 70% of the cards they get before the flop.  They study every hand in order to get little clues about how the other players are playing that day.  But they don’t get into pots with poor hands unless it is a calculated bluff.

The best players know exactly when to bluff.  For example, if a relatively poor player or a player with a short stack is in the big blind, a top player may stay in at least to see the flop even with a poor hand.  Many players will be forced out with a marginally better hand if a top player seems to be betting with a strong hand out of position.

Tom Dwan seemingly has become the master of the bluff to the extent that the poker world has created a verb for getting bluffed out of a pot by him.

The best players at any game or sport never stop studying.  This is true in many fields.  Warren Buffet reads several books every week.  He feels that he needs to use the knowledge he finds in books to help him decide where to invest and who to place his money on.

Doctors read professional medical journals. They need to do so just to keep up with new studies, diagnoses, and treatments.

Athletes in all sports have to go through a practice routine that may seem unnecessary but the athletes themselves will tell you that if they don’t practice they begin to lose their edge.  The edge is what separates the best from the average player.

Musicians and singers practice the scales every day if they can.

One might call this ability to study and practice determination but it is more a form of self-discipline.  It is the same trait that allows them to fold another hand instead of entering the pot out of boredom or frustration.

Understanding the Value of Money

Everyone knows if they can truly afford a meal in restaurant.  For some people, the answer is: in some restaurants yes and in some no.  We all know how much we can afford to spend on a shirt or a concert ticket.  We know if we can afford the highest priced tickets at a sports match or if we have to sit in the far-away seats.

Most average poker players don’t see their stack as representing a specific number of hands.  In chess, most players can see no more than two moves ahead.  In poker, most players see only two hands ahead.  The best players can see that they’ll need a big stack in order to force the hand of an opponent well down the road and will make decisions now based on this insight.

We talked about dealing with emotion in a previous article.  For the purposes of this article, we can say that staying calm is one of the most difficult things a poker player has to do.  We know how hard it is to stay calm in many everyday situations.  The term road rage was coined to describe a driver who completely loses his or her ability to stay calm in light of a rude action by another driver.

There are many other types of “road rage”.  As airline travel becomes less and less convenient and comfortable, we see traveler’s rage on airplanes.  We see shopper’s rage especially on Black Friday in the United States as shoppers come to blows over products put on sale on a first come first served basis.

The best poker players subsume their rage behind a veneer of calm and courteous behavior.  This means that the best players rage internally as much as any player but they show it far less.  The more a poker player shows their anger and frustration the less capable they are of making sound decisions.