If Your Poker Opponent Tilts, it May be to Your Advantage 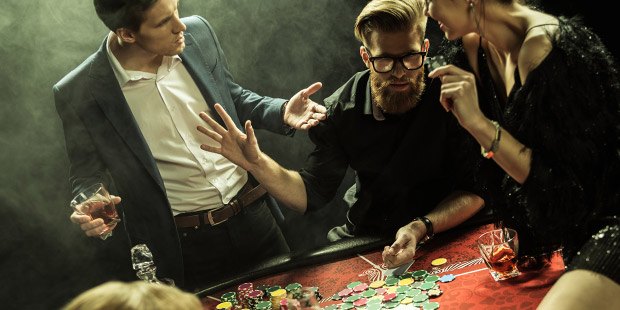 There are innumerable sites and books that try to teach us how to avoid tilt and how to get out of tilt when it occurs. There are a lot fewer articles about how to take advantage of a player on tilt.   Clearly, it is very good to avoid tilt as much as possible but it is also fair to use an opponent’s tilt to your advantage.

Opponents’ Poker Tilt Can be an Opportunity for You

Tilt is the poker term for when a player loses his or her concentration on the hand they were dealt and is still “living in” the hand or hands they lost to bad luck or other factors.  Tilt occurs in all professions and life encounters.  Parents go on tilt when their kids misbehave.  Drivers go on tilt when another driver misbehaves.  Airline passengers may go on tilt for many reasons unique to air travel.

The term tilt is most often used in poker, however.

Players May Talk to Themselves

A player who is self-aware enough to recognize the early signs of tilt may begin to talk to him or herself.  This activity will be subtle.  They may fold the next hand without looking at their cards or they may seem to have drifted off instead of staying in the moment.

When you play poker online, you obviously can’t see these changes in an opponent’s behavior. You need to rely on more subtle observations.  Online poker players that make very quick decisions suddenly may be heading toward tilt or may already be there.

Talk to Players Who are Talking to Themselves

When you sense that a player is at or near tilt, the best way to exploit it is to engage them in conversation through chat.  They may not respond but if you address them directly, they almost always will at least read your comment.

If they have had a bad beat or a series of unlucky moments you could commiserate with them.  You could tell them that you had some bad beats a while back and it took some time to get back to normal emotionally.

This disarms them but it actually doesn’t do anything to ease them out of their anger and frustration.  It may seem counter-intuitive to appear to be trying to help them get out of tilt but they won’t take the obvious action of leaving the game if they feel that the suggestion came from an opponent.

They will think, instead, that you are trying somehow to take advantage.  They may conclude that you see them as a strong opponent and are hoping that they will quit the game.  They will be ever more resolved to stay in the game and will resent your “suggestion” that they leave.  In this way, you might actually deepen as well as extend their emotional tilt.

It is often good strategy to make an unusual bet but, when a player is in tilt mode, their ability to analyze the hand is decreased.  So, if you make a strange bet, they will not be able to see it as a type of bluff.  You aren’t bluffing the hand; you’re bluffing the player’s emotional state.

There are many ways to make odd bets in poker.  If you are early position and you play a narrow range of hands in that position, by raising you’ll signal strength.  But the tilting player will see it as a minor insult.  In modern sociological terms, they may be micro-aggressed or triggered.  Since they are already angry at the game, they may make the wrong decision regarding the hand.

A player on tilt wants to win a few easy hands.  They don’t want to have to analyze their opponents’ betting habits or tendencies.  In that situation, good strategy calls for you to alter your own poker behavior and strategy.

If the player on tilt is a blind, you might simply fold any borderline hand.  If they win a hand when they were the big blind because everyone folded, they will be even more frustrated as they likely were hoping to use their position to recoup some of their losses.

Making an odd bet or raising aggressively both are intended to confuse the tilter.  Tilt is known to reduce our resistance to complexity.  In some situations, a person will fly so completely off the handle that they cannot explain later what got into them.   Road rage and airplane rage are perfect examples of that.

In poker, we might try to exploit a player’s frustration to help them add money to a pot they can’t win or to fold a hand they might otherwise win.

If you know a player and have seen them tilt more than once, they may be a repeating tilter.  This may be a sign of a true gambling disorder.  We don’t suggest trying to take advantage of a situation like this.  However, in a case where a player you know has tilted again, you might gently suggest that they leave the game.  If they don’t, any further losses they incur are on them.

It is very ironic that there is one clear situation where you truly want to help a player get out of tilt.  That is when the player is not a very good player in the best of moments.  When you are up against a player who is far less skilled than you, you hope to keep the player in the game for as long as possible.