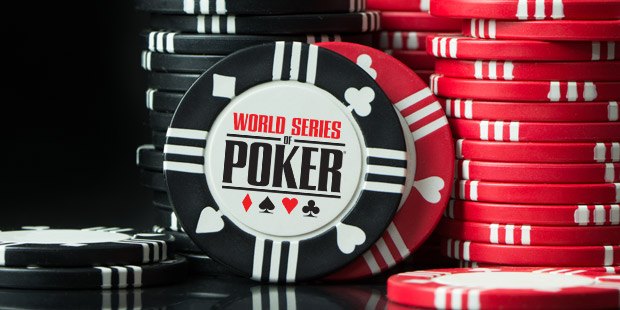 The fiftieth annual World Series of Poker opened on 28 May in Las Vegas.  Every year more and more online poker players qualify for or enter the WSOP.  Their presence is a far cry from 2003 when Chris Moneymaker became the first WSOP finals winner after qualifying at an online poker tournament.

This year is no simple event marking the World Series of Poker (WSOP).  It is the fiftieth anniversary of the event.  This year more players will enter the tournament than in any other year.  The tournament sponsors are planning a massive gala to mark this amazing milestone.

Tournaments within the Tournament

The WSOP has gotten so big that it actually encompasses 89 distinct tournaments.  The Main Event, from which the big winner will emerge, begins in July.

So many people enter the tournament̶ this year they expect more than one hundred thousand̶ that it will take seven weeks to declare a winner.  The prize pool has grown into stratospheric sums.  This year all of the winners will take home their share of more than $200 million.

The WSOP was the brainchild of Benny Binion, owner of the casino that bears his name.  He invited seven great players to compete for the crown of WSOP champion.  The first winner was Johnny Moss who was simply declared the winner by acclimation of the other players at the finals table.  There was no prize money that first year but Binion’s did give Johnny Moss a trophy.  The trophy itself might be worth a great deal of money today!

A committee will choose the 50 greatest poker players of all time.  Many of the players who will ultimately be honored are obvious.  It might be the down-list names that will elicit some controversy.  Given the ever-increasing importance of online poker, we at Everygame will follow closely the choices the committee makes.  Surely many of the greatest poker players of all time spent and still spend many hours playing poker online right here.

We can expect the four fan favorite WSOP players to be a fierce competition in its own right.  The seven who competed in the first WSOP in 1970 were Johnny Moss, Doyle Brunson, Sailor Roberts, Crandell Addington, Carl Cannon, Amarillo Slim, and Puggy Pearson.  A case can be made for each of these all-time greats to be cited as among the four best.

Yet, where would that leave Daniel Negreanu, Stu Ungar, Phil Helmuth, Chris Moneymaker, Johnny Chan, and so many other greats of the modern era.  Choosing four out of the thousands who have competed over the years is an amazing - and daunting - challenge.

History is recorded over 10,000 years.  The universe is billions of years old.  So fifty years is a tiny drop in a vast ocean of time.  So, here are a few things that didn’t exist fifty years ago:

Okay, we are being a bit cheeky but the point is that in the world of online poker, fifty years ago was a veritable lifetime ago!  As much as land-based poker has grown, poker online has grown even more and gains large numbers of fans every year.

Playing poker online at Everygame has many advantages over playing at a land-based poker room.  That is not to say that playing on land is not important; of course, it is.  But, here are some well-known and less well known advantages of playing online.

Since you can’t see your opponent when you play online, you can’t rely on looking for tells and other observable quirks that might convey an opponent’s strength.  So, you have to use all of the tools of modern poker to evaluate your hand.

Chris Moneymaker showed how important this is in 2003.  As an accountant, he was comfortable with numbers and math.  He revolutionized poker in two ways.  The first is the obvious boom in online poker and poker generally after his great win at the Main Event by making calculation as important as reading an opponent.

If you need to use a calculator to do the math on any given hand, you can do so without getting mocked when you play online.  Getting used to the mathematics of poker is a vitally important tool for sound money management.

You don’t have to get dressed to play online.  As you get used to playing for hours at a time, you need to be comfortable.  In your jammies, or in bed, or on the sofa, or on your front porch swing, or floating in the pool. or...or...or.

Travel is a waste of time if you value your time for gaining poker experience more than anything else.  Many former land-based poker players discovered that they could take a holiday to somewhere not called a casino and they rediscovered Nature!  Plenty of time to play online, even if you're on a nature vacation.

Online poker draws players from all over the world making it possible to play at any time against players of varied skills and cultural backgrounds.  It also means that you never have to play when you should be sleeping.  You decide when and where, and it can be ten minutes here, two hours there - does not require a "trip" to a nearby or far away casino.

Play and learn poker at Everygame!