What Connects Donald Trump to Poker? 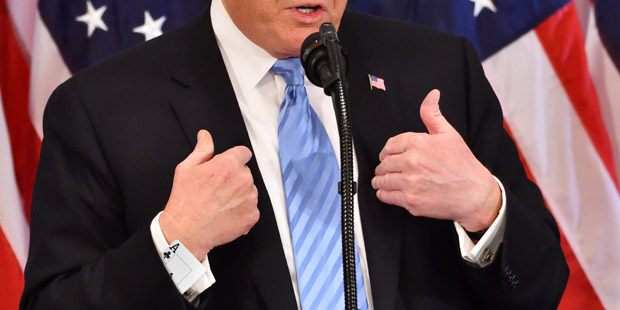 Donald Trump never held an elective office until he was elected President of the United States.  In many ways, he has shown characteristics like those of the best poker players.  It could be that Donald Trump is a “poker great” turned politician.  He is certainly unlike any American politician in living memory.

One “answer” to these questions is that Trump is a master poker player.  By that, the analysts mean that he has some of the characteristics of top poker players except that he uses those skills in the political arena.  You can learn many poker skills from Donald Trump and it doesn’t matter if you play poker online or at land-based casinos.  In fact, in some ways, Trump’s “poker” skills are more in line with online poker than with land-based poker.

In this article, we’ll talk about those characteristics of top poker players and how Donald Trump exhibits them and uses them to his advantage.

Many people share some or quite a few of these characteristics.  However, poker has one specific characteristic that sets poker champs above everyone else: the ability to bluff.  Since a successful poker bluff causes an opponent to fold, the bluffer doesn’t have to reveal his or her cards.  We shall see that this specific element fits Donald Trump's style to a t.

Before we expand on skill at bluffing, let's explore other characteristics of top poker players and Donald Trump.

Poker players know that they often have to play aggressively.  Those who don't show some aggression become pigeon-holed and lose many hands that they might have won with greater aggression.  Donald Trump is aggressive in every area except when he is addressing his base.  This is his greatest single skill: to take the fight to everyone with no holds barred and yet, to his massive base, he never has a negative thing to say.

In poker, players muck a huge percentage of hands before the flop.  First of all, most hands are not good enough to bet with.  Secondly, when a player is in a non-favorable betting position, he or she is far more likely to fold pre-flop.  It might appear that Donald Trump lacks patience.  His Twitter rants and aggressive attacks on politicians seem to indicate that he lacks patience.

However, the truth is that Donald Trump has great reservoirs of patience.  He understands far more than anyone in the Democrat Party and most in the Republican Party that it often takes years to make a large business deal.  He sees his top priorities in the same way he sees real estate deals.

His two biggest priorities are the border wall with Mexico and bringing jobs back to American workers.  He is fighting a trade war that he knows he cannot win because it scares China and other US trade partners.  They know that in the end the US and they will arrive at an understanding.  In the meantime, Trump is patiently aggressive in fighting the so-called trade war.

The same is true about the border fence.  Were the Democrats savvy enough to help Trump build the wall, they would be able to criticize him on numerous other fronts including his eminent boorishness.  By patiently waiting out the Democrats, Trump is practically guaranteeing a landslide win in 2020 plus a much bigger majority in Congress than he had before the mid-term elections in 2016.   He will win because the border wall is priority number one or two with a massive number of voters.

This is one of the great developments in American politics that Trump has milked to great success.  American politicians are basically milquetoasts, worrying far more about being re-elected than about helping their constituents.  Trump has shown that not controlling his emotions is a great way to increase his popularity with voters.

He knows that he will always be persona non grata with a leftists and the majority of weak centrist Republicans.  However, he is far more aware than any of them that the average voter has long wanted a politician who would "tell it like it is" even if they disagree with him.  With Trump, letting his emotions show to such a degree is a tactic that continues to win him support among Americans.

Poker players need to be able to adapt quickly when the turn or river card put them in imminent danger.  Trump also knows that events can change his tactics and strategy in an instant.  He can go from being boorish regularly to being as sweet as can be when on a state visit or in a tete-a-tete with an ally.

Poker players want their opponents to think that they are dumb.  Donald Trump wants everyone but his base to think that he is dumb.  Muhammed Ali showed us all how appearances can be deceiving in this regard in the famous Rope a Dope.  Donald Trump attempts and succeeds in roping the dope often especially in his dealings with a hostile press.

The hostile press said that President Reagan was old and tired because he took a nap in the afternoon.  In fact, the nap allowed Reagan to stay laser-focused—in Tom Brady’s term.   Trump’s twitter activity is his way to stay laser-focused and his opponents have still not caught on to that fact.

Make Their Own Luck

Especially in his relations with the press—which is more hostile to him than it was to Richard Nixon—Trump continues to energize his base with innuendo, insult, and insouciance.

We’ll end with the piece de resistance of poker greats: the amazing bluff.  YiouTube is full of awesome bluffs by top players.  What average players never fully realize is that it takes many special skills to know when the time is right for a big bluff and to execute the bluff.

Many players know that they “should” bluff but, in the end, can’t pull the trigger.

As this article is being written, Trump is bluffing on trade wars all over the world, with a Mideast peace plan, on allowing White House people to cooperate with Congressional subpoenas, on the border wall, dealings with North Korea and many others.

He, himself, doesn’t know if he is holding a winning hand but he wants everyone else to think that he does.  He is the first politician in memory who can make politicians and political analysts’ heads spin trying to fathom his statements.

That is the hallmark of a top notch “poker player”!