Poker Helps Investment Managers According to a New Study 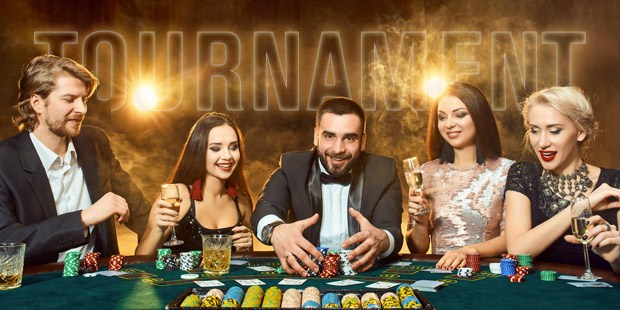 A new study called Hedge Fund Hold’em by Yan Lu, Sandra Mortal, and Sagata Ray was reported on in Bloomberg.  The study came to the conclusion that playing poker helped hedge fund managers succeed.  The study explored both online poker and land based poker.

Poker is One of the Best Teachers

Poker as a Life Hack

Playing poker online or on land requires a certain set of characteristics.  These include the ability to hold fear at bay while making a bold move, understanding nuances, being passive when necessary and aggressive when necessary without ever falling into the passive-aggressive pathology and many other traits.

Looking at just these three characteristics, we might see similarities between business managers and poker players.  In poker, you might have to dismiss your fear that you are misreading a hand and call when a call is the best play and fold when that is the best play

In business, you have to see the long term and the short term as two individual parts of a complex whole.  So, if you think an asset has long term value but is looking at temporary short term losses, you sell now with the intention of buying that asset back later.

Any study that would purport to categorize poker playing as a requisite for success in other areas would have to see poker in its entirety.  This is what Lu, et al tried to do.

Results of the Study

It isn’t just playing poker that turns hedge fund managers into great investment managers.  The team found that by winning even one poker tournament, a hedge fund manager would show more “alpha” in his or her business results.

Alpha is an esoteric way to describe the conglomerate of aggressive and risky yet tempered and safe investment actions that result on average in about 1.5% better results than managers who never win a poker tournament.

When you are managing hundreds of millions of dollars or more, 1.4% can be a big number!

Controlling for Other Factors

The team tried to control for as many extraneous factors as they could such as the relative size of the hedge funds, the importance of the tournament a manager won, whether the manger is basically a “fundamentalist” or a “technical analyst” in investment management.

The key element in poker that the team was not able to correlate was skill at bluffing.  They might have assumed that a person who wins a tournament must be a good bluffer but active bluffing is only one side of the bluffing coin.  Sniffing out a bluff is often as important as making a successful bluff.

In what way does a hedge fund manager bluff?  Who would he or she bluff?  Bluffing is a profound part of many sports but it doesn’t seem to have any place in business management.  In fact, it does have a very real place in business negotiations as the sides get closer and closer to closing a deal.

But how is investing in an asset the same as negotiating a business deal?

The study didn’t do an in-depth analysis of how bluffing and hedge fund management converge.

The study did find statistical benefits to winning poker tournaments.  It also rated the difficulty of tournaments won in order to further find a relationship between management performance and poker.

However, the team did not analyze the significance of a manager who never enters a poker tournament.  Winning a tournament involves entering the tournament but does not entering tournaments automatically indicate inferiority in a manager?

There are good reasons why an excellent manger might not enter any poker tournaments.  The obvious one is time.  Here we can divide time into three categories: work, family, hobbies or activities unrelated to work or family.  A manager might have great skill but feel that her or his time is better spent in other ways.

Another reason that a manger might not enter any poker tournaments is that they don’t enjoy that type of competition.  They must enjoy some competition in order to have risen in their company to the high office they hold.  But they might not enjoy playing tournament poker.  Even if they have never entered a tournament, they might be self-aware enough to know that they wouldn’t enjoy it.

The third prominent reason a manager might never enter a tournament is that they see poker as a diversion rather than as a way of life.  Excellence at work for mangers must necessarily be a way of life but why should poker be equally as important?

However, the study leaves a lot of questions unanswered.  The biggest one is this: Is winning a poker tournament correlative or causative?

We can say that learning many of the skills that poker players need to become truly expert can be transferred to other life and work situations.  We cannot say that poker alone is the perfect teacher for high-level business success.

Finally, the single most significant poker skill that cannot easily be transferred into life or work situations is bluffing, both active bluffing and the ability to sense a bluff when it comes.  Who could we wish to bluff in real life?  Our spouses?  Our friends?  Our colleagues?

Finally, a hedge fund manager would not want to develop the reputation as a bluffer.  One of the major characteristics of good money managers is honesty.  It’s okay to bluff in poker but it is still not okay to bluff in life.