Poker Pros, Artificial Intelligence, and All that is in Between 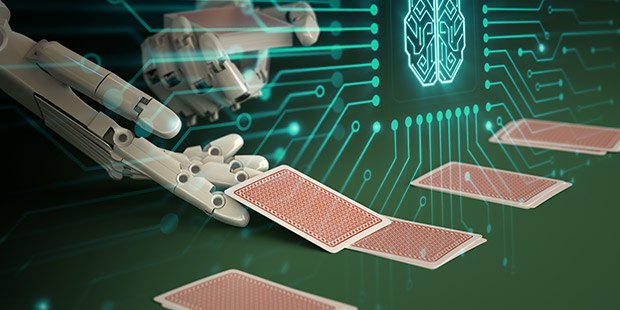 Artificial Intelligence (also known as AI) has been a part of our culture in decades, but for the most part, it was a fantasy. A theme for a great movie, or a distant dream that we only heard about in passing.

But earlier this month, a report published in the Science journal, stated that the collaboration between Facebook’s AI lab and the Carnegie Mellon University resulted in the creation of a sophisticated AI software that can beat even the toughest poker pros in their field of expertise.

If you want to find out how the technology has changed and what it is capable of doing, stay tuned!

How AI Has Changed

It is not uncommon for AI developers to use games as a test for the technology’s abilities. In the past, Google managed to create the software that was able to figure out how to win the Chinese GO game every single time.

But although the GO rules are hard to figure out, they posed no challenge to AI. Since all the game pieces are always visible on the board, the software had no issue with calculating all the possible results. The AI didn't have to deal with complex situations where only a part of the information was revealed, and therefore, the software was still not able to solve the mystery of more intricate games.

Now, you have Pluribus, the newest AI everyone is talking about, managed to deal with one of the most complex games out there: poker. If you’ve ever had the chance to play online poker, you know that the game requires a combination of knowledge, skill, and luck.

While familiarizing yourself with the rules is crucial if you want to win, you still can’t control which cards you get, and there is no knowing what kind of hand your opponent has till the very end.

Up until now, Artificial Intelligence failed to take into account the unexpected turns of events that happen at the poker table.

But Facebook managed to come up with a solution to the problem: instead of trying to map out the game from start to finish straight off the bat, which was the common approach so far, the AI was designed to think merely a few steps ahead, taking into consideration three possible outcomes: folding, calling, or raising.

Breaking down the complex game into smaller units made it possible for the software to beat seasoned poker players, which was never possible before.

It should be noted, that a few years back, the same team created the Libratus software, which managed to master a two-player version of the no-limit poker game.

However, when playing one on one, the computer doesn’t have a lot of details to take into consideration, and in a real game, there are at least 4-5 players involved. This time around, the AI managed to beat poker pros in a six-plater Texas Hold’em game - which was an unprecedented development.

The new development in AI technology can be used to solve various problems in different fields, from security to medicine. Since the software can now deal with unpredictable situations and adjust accordingly, there is no telling how far the tech can take us.

If you are a fan of playing poker online, you know that winning is not a simple task. You have to take into account a lot of unpredictable elements, and up until now, no computer managed to deal with such a game.

However, Pluribus managed the impossible, and only time will tell what it will mean for the future of technology!