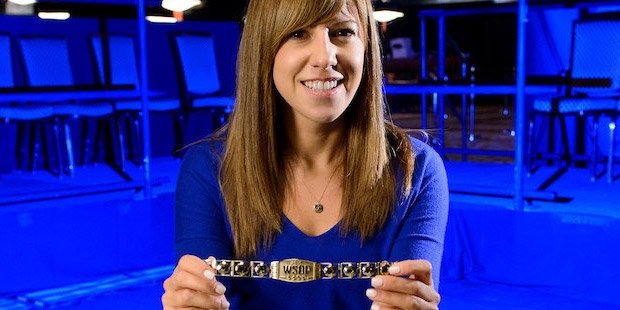 The Global Poker Index, aka GPI, keeps track of all poker pros in the world and their ranking. Apart from the general list where men and women are judged equally, GPI also dedicated a separate list solely to women poker pros.

If you are a true fan of the game, and you want to win when you visit our Everygame poker download platform, keeping your eyes on the best female players is one of the best tools you have in your possession.

In the latest update of GPI’s Ladies Ranking, there have been some drastic changes, but the most noticeable one concern Kristen “Krissyb24” Bicknell. Bicknell made history by moving up ten slots in the general GPI ranking list, settling in 8th place. She is now the only female pro who has a spot in the top 10 best poker players in the world.

Since Bicknell is less than 500 points away from dethroning the current best player, Stephen Chidwick, from his position at the top of the chart, female poker players from all around the world cheer her on and hope to see a lady rule the leading board.

Unsurprisingly, Bicknell holds on to the No. 1 spot on the women’s list, with 3,214.78 points. That’s 732.15 more points than Maria Ho, who’s in second place. Bicknell is known for her long career as an online poker player, and she’s been having a successful year so far. The win that got her to the top of the GPI list was the best one of her entire career, as she won $408,000 at the 2019 poker masters.

Apart from that, she has won more than $1.7 million throughout the year. She proves anyone who plays poker online that she’s holding on to the title of Female Player of the Year and has no intentions of letting go.  But Bicknell is not the only one who has had a successful run in 2019, as Maria Ho also won a few major tournaments, accumulating more than $951,000 in wins.

In third place comes another accomplished pro, Jessica Dawley, with 2,022.94 points, and Loni Harwood comes in fourth with 2,015.31 points. Both players have had a good run so far, but their chances of catching up with Bicknell aren’t very high.

Keeping track of the most successful players in the industry is always smart, as you can learn which tactics and strategies seem to work. Which of the mentioned players are you interested in the most?