Will Michigan Provide Poker Welcome Bonuses by the End of the Year? 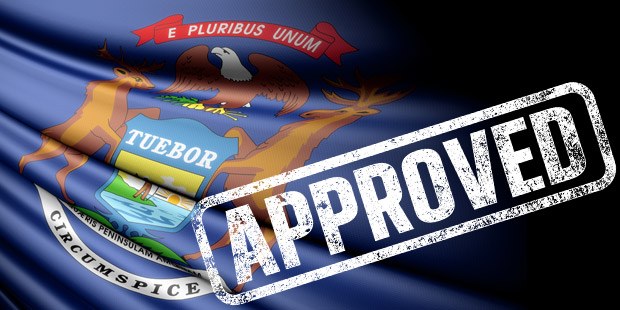 The legality of online poker across the US has been in discussion for a while, as various states began fighting the restrictions preventing gamblers from enjoying the game.

Pennsylvania launched its first online poker venues earlier in 2019, becoming the fourth state that allowed local players to make the most of online poker welcome bonuses. Delaware, New Jersey, and Nevada have been providing online gambling services for a few years now.

West Virginia also passed legislation regarding the legal status of the game, but it isn’t expected to open online venues in the next few months. Now, it's official: Michigan has also joined the race to legalizing online poker, as hopefully, two bills will be discussed by the end of the year.

The Senate Regulatory Reform Committee is about to be presented with two bills: the HB.4311, which is known as the “Lawful Internet Gaming Act” and HB.4916, the “Lawful Sports Betting Act”.

The Michigan House of Representatives passed both bills earlier this years, as they understand the need to keep up with the times. Since other states already benefit from online gambling, why shouldn’t Michigan have a slice of the same pie?

The goal is to legalize online poker and sports betting before Christmas, so locals will be able to place real-money bets sooner rather than later.

All those changes can be attributed to the efforts of one person – Representative Brandt Iden, who introduced the bills first time around in 2018. While the bills passed through the House of Representatives and the Senate, the previous Governor, Rick Snyder, vetoed the decision.

Luckily, Iden didn’t give up and brought up the bills yet again. This time around, the future of online gambling in the states looks much brighter. The new Governor Whitmer also expressed concern regarding possible negative effects online poker will have on online lottery sales. It all comes down to the fact that 100% of the revenue generated by online lottery sales is allocated to the School Aid Fund, and if those funds dwindle - the results can be costly.

In general, if people switch from buying lottery tickets to placing bets at poker venues, it might affect the educational system.

However, Iden added new clauses to the bills, stating that if online lottery brings in less than $70m, revenues from online poker and sports betting will make up the difference. In addition to that, the Governor proposed a 40% tax rate for online casinos, in addition to a $1m licensing fee.

If the bills will get the Senate’s approval and Whitmer will sign off on it as well, Michigan might be the next state to launch online gambling venues.

Currently, four states are offering online gambling services in the US. If the new gambling bills will pass, Michigan is expected to join the iGaming industry in a short while.