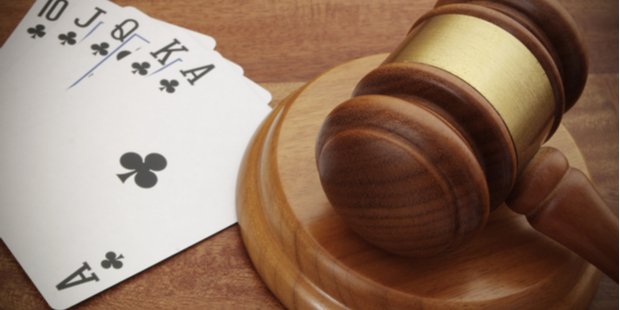 The scandal surrounding Mike Postle, who was caught cheating by observant poker online enthusiasts, refuses to die down. According to news reports, Postle has been trying to delay his court appearance by any means possible.

But before we delve into the details, let’s have a quick recap: throughout the years 2018 and 2019, Postle has been participating in poker events at the Stones Gambling Hall, winning approximately a quarter-million dollars in the process. While to some, his success seemed natural enough, one determined online poker fan thought otherwise.

While watching the games’ live streams, Veronica Brill watched Postle’s technique closely and concluded that something wasn’t right. She shared her suspicions with the Stone’s staff but wasn’t taken seriously.

However, Brill wasn’t ready to give up just yet. She decided to use social media to get the support of other poker players, and with the help of YouTuber Joey Ingram, they managed to attract the attention of the public.

Once it was concluded that Postle might have used cameras to cheat, lawyers got involved rather quickly. Mac VerStandig, an attorney and a poker player himself, filed suit against Postle and anyone else who might have been involved. The plaintiffs included Brill and 24 other poker players.

And then it got Legal

The allegations against the poker pro and others (including the Stones venue) were quite extensive: they were accused of racketeering, fraud, negligence, unjust enrichment, and more.

In recent months, VerStandig filed multiple documents with the court, but a court date hasn’t been set. It turned out that Postle hasn’t been served with court documents, and the reason behind it became recently clear.

VerStandig hired a local process server to serve the accused with the papers in question on more than six separate dates - but without success. On January 3, VerStandig decided to take the matter into his own hands and tried to address Postle directly. However, according to VerStandig’s statements, his attempts were blatantly ignored.

He arrived at Postle’s address, knocked and rang the bell for a long while, but got no response. Afterwards, he went back to his car to monitor the house and saw some movement in the upper story. He concluded that Postle was actively ignoring his attempts at serving the papers, and left the documents by the door.

Now the judge has to decide if the method of serving the documents was sufficient, allowing the case to move forward.

It seems as if Postle keeps getting himself into deeper trouble by the day, but only time will tell how the situation will evolve.