Poker Welcome Bonuses and the Upcoming Elections: What’s the Connection? 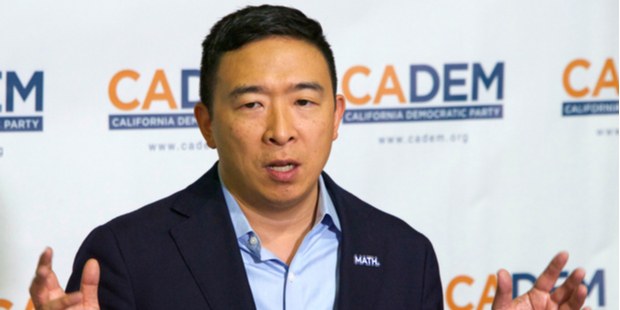 Andrew Yang, the democratic entrepreneur who went into politics, was the only presidential candidate that supported online gambling and saw the potential of poker welcome bonuses.

Online poker is not normally considered as a major issue worth discussing during the elections, as most candidates focus on familiar topics that reach the headlines: health care, education, immigration, etc. However, Yang chose to address the issue of legalizing online poker in his campaign, which earned him some points with gamblers all across the US.

In a tweet he posted on October 26, 2019, Yang said: “The state-by-state rules are variable, and push many players to offshore sites. We should clarify the rules, and make it legal in all 50 states”. He saw the potential that lies with taxing online casino revenues and use the money for good.

Needless to say, his supporters, also known as the Yang Gang, were quite disappointed by Yang’s decision. But while Yang wasn’t able to gain enough traction to make a real change this time around, gamblers are still thankful he brought up the issue in the first place.

The charity poker fundraiser to raise money for Yang’s campaign, which was meant to be held in Las Vegas this month, was still on, according to Daniel Negreanu.

Negreanu, a well-known poker pro, said in a tweet that he was proud of Yang’s achievements and that the event was still happening, as a lot of people worked hard to make it happen. Now, instead of raising money, they will make the most of the opportunity to have an epic poker event and have fun.

While Yang is no longer running for president, he still managed to create a lot of excitement among members of the online poker community. Will any other politician address the issue in the future? While it is not very likely, online casino players are hoping for the best!