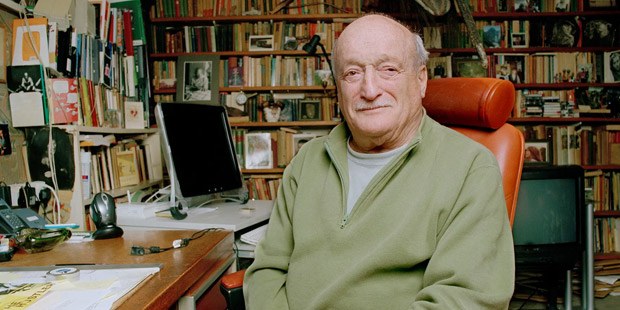 The Biggest Poker Book in Town

To fully appreciate the impact of The Biggest Game in Town, one must understand the poker environment of 1981. There was no such thing as televised poker. There was obviously no such thing as online poker, the internet having not yet been invented and the online poker download not yet imaginable. The top poker players in the world were far from being household names. And while poker games like 5-Card Draw and 7-Card Stud were reasonably popular among the general public, Texas Hold’em was not at all well known. And then Al Alvarez came to town—to Las Vegas—and everything changed.

It Started in the New Yorker

Al Alvarez was a highly regarded poet and literary critic who had been instrumental in introducing the poetry of Sylvia Plath, among others, to a wide public audience. He was also an avid social poker player and a keen student of the game. And so he went to Las Vegas to observe, participate in, and chronicle the World Series of Poker at Binion’s Horseshoe Casino. The result was a long article in The New Yorker that was later expanded into the book The Biggest Game in Town.

One critic noted that poker books tended to be about the “head” of poker: the cards, the plays, the strategies. The Biggest Game in Town was about the “heart” of poker: the players, their personalities, their idiosyncrasies, their escapades away from the green felt. Combined with Alvarez’s ability to capture the telling detail and the pivotal moment in any scene, and with his elegant and witty prose style, it was this humanistic outlook that helped make The Biggest Game an instant classic.

“The Best Book on Poker”

The London Evening Standard said The Biggest Game was “probably the best book on poker ever written” and The New York Times said “What Tom Wolfe did for the Mercury 7 space program in ‘The Right Stuff,’ Mr. Alvarez did for professional poker.” The exponential growth experienced by the game of poker, and the elevation of Texas Hold’em as the most popular poker variant, are directly attributable to this book, while the incredible success of poker online can be seen as an indirect byproduct of The Biggest Game in Town.

Alfred Alvarez was born in London on August 5, 1929, and graduated from Oxford University in 1952. As poetry critic at The Observer, he championed the “confessional poets” Sylvia Plath, Ted Hughes, John Berryman, and Robert Lowell. His anthology The New Poetry was enormously influential and became the standard poetry textbook. In addition to The Biggest Game in Town, he wrote one other poker book called Poker: Bets, Bluffs, and Bad Beats. His book The Savage God is a rumination on suicide, including chapters on Alvarez’s own unsuccessful suicide attempt after the dissolution of his first marriage and on Plath’s sadly successful suicide. It is a gripping and thought-provoking study of a difficult subject.

Al Alvarez had this to say about poker: “Quite simply, poker taught me qualities I lacked — patience and cool-headedness — that steadied me when I most needed them.” Now, at the age of 90, Al Alvarez has passed away, survived by his second wife and their two children. The next time you play your online poker download, or the next time you read a great poem that touches your very soul, take a few seconds to think of Al Alvarez who gave so much to the worlds of poker and poetry.