How Imagine Dragons Got Involved with Poker Welcome Bonuses 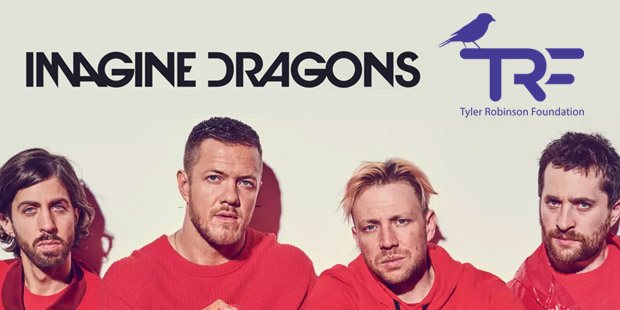 It was recently reported that Imagine Dragons, one of the most popular pop-rock bands in the US, has a surprising connection to gambling and poker welcome bonuses.

Apparently, the band’s charity organization - the Tyler Robinson Foundation - is about to join forces with the Charity Series of Poker (CSOP). The main goal of the event is to raise money to support families that are affected by childhood cancer, which is a worthy cause indeed.

The “Slay Cancer with Poker” event will take place in Las Vegas on January 18, 2020, starting at 15:30 with an open bar, while the competition itself will begin at 17:00. The buy-in is set to be $300, and players will be allowed to purchase $100 re-buys and add-ons throughout the event.

The players with the highest number of buy-ins or chips when registration ends will receive up to $1,000 bonus awards. By the end of the evening, the event’s champion will receive a $10,000 entry into the World Series of Poker Main Event, which will take place in June 2020. Apart from the main poker games, people will be able to enjoy a silent auction and a 50/50 cash raffle drawing.

Rumors have it that a few members of the band will attend the event, and maybe will even play a hand or two: bassist Ben McKee and lead guitarist Wayne Sermon. However, the band members still haven't released a formal statement confirming their attendance. Other high-profile guests who are supposed to attend the event include actors Kane Hodder and Mekhi Phifer, and WSOP winner Chris Wallace.

While this is the first time the band’s foundation is taking part in such a big poker event, fans hope to see them get more involved with online poker sometime in the future!

About CSOP and the Tyler Robinson Foundation

The CSOP was established in 2014, and its goal is to raise money and awareness for different charities and causes. Over the years, the organization has partnered up with other organizations such as Habitat for Humanity, St Jude Children’s Research Hospital, and more.

The CSOP first came in contact with Imagine Dragons when the Tyler Robinson Foundation donated tickets and a meet-and-greet to one of CSOP’s annual events. The founder of CSOP then contacted the band to thank them for their generosity, which led to the planning of future events to support the band’s cause.

The Tyler Robinson Foundation was founded in 2013, and the charity managed to raise more than $10 million to support families that deal with pediatric cancer.