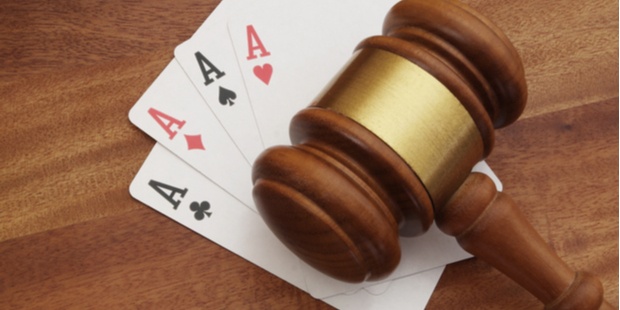 New developments in the case against alleged cheater Mike Postle had made it to the best poker sites, sending the entire poker community into a state of frenzy.

Since September 2019, the online poker world has been following the story surrounding Postle, when an online poker enthusiast who was watching the live stream from the Stone gambling venue noticed something was fishy about Postle’s winning rates.

It seemed as if he always knew what the best move to make was, but when the whistle-blower turned to the management of the Stone Gambling Hall, her concerns were ignored. But after the accusations were made public on social media, there was no going back.

At first, people believed the situation is an open-and-shut case, but problems started piling up soon enough. Mac VerStandig, the lawyer who represents 90 members of the poker community in the lawsuit against Postle, the Stone gambling venue, and its’ tournament director, had trouble serving Postle with legal documents. After a long and tedious process, he filed an affidavit stating that he left all relevant documents on Postles’ doorsteps, with the intent to move things along.

In the original lawsuit, the plaintiffs were seeking $30 million in damages, but according to reports that were published earlier this month, they dropped it to $15 million only. However, both Postle and the Stone gambling venue weren’t ready to accept their fate, as both parties asked the court to dismiss all charges.

Postle claims that the plaintiffs have no specific evidence of his alleged cheating, while the Stones Gambling Hall says the lawsuit is nothing more than a petty whim of mediocre poker players. In the motion submitted by the King Casino LLC, owner of the Stones gambling venue, it said: “…This lawsuit reflects the oldest complaints of gamblers – that their lack of success means they were cheated”.

The casinos’ lawyers are asking for a hearing to be held on April 16, so they can argue their motion for dismissal. While the plaintiffs believe that the casino deliberately ignored accusations of cheating to profit from the situation, the Stones management refuses to claim any responsibility. Who will budge first?

The entire poker community is waiting for the court to make a ruling in the Postle case, as cheating should not be tolerated. Hopefully, the fact that multiple poker pros expressed their expert opinion regarding the matter will work in favour of the plaintiffs.