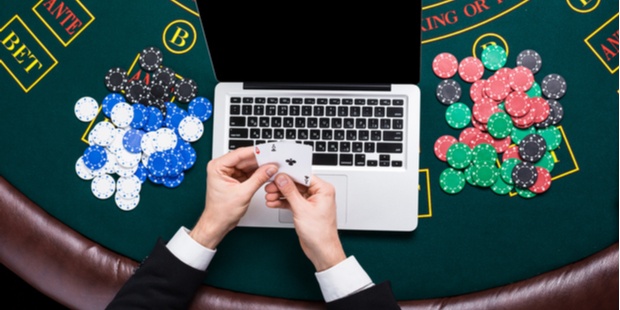 Up until a few months ago, there were two types of poker players: poker pros who played live, and those who ruled poker online venues. And most of the time, those two worlds didn’t mix. But now, poker players have to adjust to a new reality.

While there was nothing stopping players from playing both at land-based casinos and online, there was an unspoken rule about the matter. Online poker players preferred to remain in front of their computer screens, and live players stuck to Vegas-style casinos only.

This unwavering loyalty towards a specific style of gambling can be explained in different ways. Some might say that it’s a cultural thing. Both online and offline gambling have their own strong communities, and players want to feel as if they belong in one of them. Crossing the imaginary line and joining a different poker community might seem like a betrayal to some people.

However, not everyone agrees with this sentimental analysis of the situation. A lot of players stick to a specific gambling venue simply because it’s more convenient. Different etiquette rules and gambling skills are involved in online and live poker, so switching between the two might confuse players.

But now, the situation has changed. Poker pros who only played live now have to figure out how to use their skills in an online setting. The game’s tempo, the ability to read your opponent, and even the size of your bets all have to change. While some players might find this transition difficult, others have already found a way to turn lemons into lemonade. Let’s take a look at some poker pros who took advantage of the changing times!

First, let’s take a look at Daniel Negreanu’s actions. Negreanu is a renowned poker player. In the past, he won six WSOP bracelets and two World Poker Tour titles.

When it became clear that COVID-19 is not the typical virus and that drastic measures will be taken, he was the first to speak in favour of legalizing online poker in the US – at least temporarily.

Later, he became quite active on social media, addressing some serious issues that arose due to quarantine, promoting various poker events, and providing fans with some necessary distractions. But the weird part is that Phil Galfond tagged Negreanu in a strange post.

Apparently, rumors had it that the latter has initiated a poker challenge with some confusing conditions. According to reports, he wanted to play 10k hands, while not being able to raise pre-flop – ever. Moreover, he wanted to have a $500k head start. However, the original tweet can’t be found on the pro’s page, which raises some questions about how serious the suggestion was.

Other poker pros are looking for alternative ways to make a living in these hard times. Andrew Neeme, for example, told in an interview that he offers online coaching and streams his online poker sessions in his YouTube channel to make a profit. Right now, it seems like the most logical wat to benefit from the situation.

Also, those who were already used to playing poker online are now able to win bigger prizes than ever before. As more players join online tournaments, the pot grows exponentially. Plus, most of the new players are only enjoying the game as a recreational activity, so pros who rely on poker as a source of income now have weaker competition, in addition to bigger rewards.

It is now clear that poker is changing, as more and more players replace live poker with the online version of the game. Are those changes permanent? Or will things go back to normal once the social restrictions are lifted? Only time will tell.