Postle vs. World: Why the Poker Player Wants More Than to Enjoy Poker No Deposit Bonuses 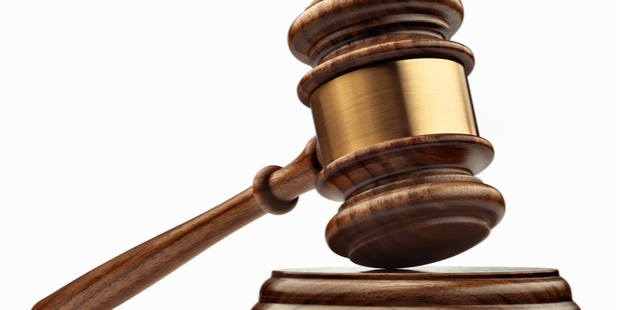 Mike Postle, best known for his role in the notorious cheating scandal that took place last year, hasn't had the last word. The poker player, who was sued for supposedly cheating on multiple occasions, now filed a counter-sue against his former accusers.

What does Postle's lawsuit include? And how did the involved parties react? Let's take a look at the latest developments in this dramatic saga.

What Happened to the Lawsuit Against Postle?

Earlier this year, the case against Postle reached the court and was dismissed fairly quickly by Judge William B. Shubb.

In his ruling, Shubb explained his decision: "…Unlike damages stemming from the rake, these damages are quintessential gambling losses that are barred for recovery by California public policy…Accordingly, California’s strong public policy against... judicial resolution of civil claims arising out of gambling disputes mandates the dismissal with prejudice."

In other words, California laws prevent the court from intervening in gambling-related cases where money has been lost. That meant that Postle was free to go about his life, play poker, and even enjoy online poker no deposit bonuses without any restrictions.

Unsurprisingly, Postle wasn't satisfied with how things ended. Even though the law was on his side, public opinion wasn't. Once details of the matter came to light, most of the poker community quickly concluded that Postle must be guilty. Various poker pros publicly supported Veronica Brill, who was the first to notice something was off about Postle's play.

More and more people got involved in the case, and when it got to the court, there were about 90 plaintiffs involved.

Now that the allegations against him have been dismissed, Postle is seeking revenge. The furious poker player seeks $300m in damages for defamation, slander, and infliction of emotional distress.

The names mentioned in the suit include poker players like Todd Witteles, Daniel Negreanu, Haralabos Voulgaris, Joey Ingram, and none other than Veronica Brill herself.

In addition to that, Postle released a statement where he claimed he is innocent, and that the public will get to hear his side of the story pretty soon. He also hinted that a documentary might be in his future.

How Will the Accused React?

Brill and her fellow poker pros have switched roles: from the plaintiffs in the case against Postle, they became the ones being on the defensive. And they are not alone in this, as a big part of the poker community still believes in Brill and her cause.

Once she became aware of the suit, Brill started a GoFundMe page, striving to cover future legal expenses. Her initial target was to raise $20,000, but she quickly exceeded her goal as renowned pros like Sorel Mizzi and Terrance Chan expressed their support.

Also, poker-pro Phil Galfond decided to get involved and investigate the allegations against Postle himself. His objective is to prove without a doubt that the alleged cheater is actually guilty, even if that doesn't lead to an official conviction.

Following a year of near silence, Mike Postle is ready to tell his side of the story – and he wants retribution. But the accused pros aren't going down without a fight! They are now prepared to stand up to Postle - both in court and out of it.

Will Galfond be able to find definite proof of Postle cheating? Or will the controversial player be able to prove his innocence once and for all?