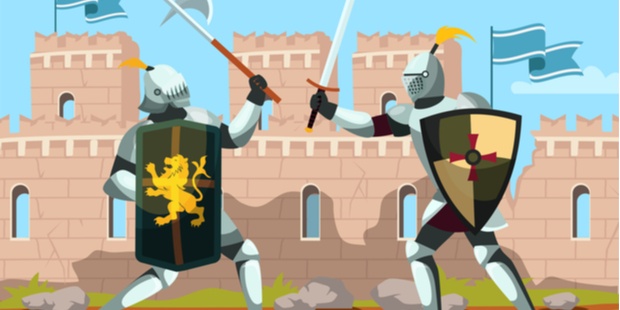 It is now official: the most anticipated grudge match in recent years will start on November 4th. Doug Polk and Daniel Negreanu have been feuding for years, ever since Negreanu called Polk out for offending other poker players more than 4 years ago.

But up until this year, the two pros chose to keep their battle verbal - until they've reached a boiling point. What caused the two players to finally face-off in a heads-up match? What will the battle look like? Let's find out more about the most controversial poker face-off in this Everygame overview!

How it All Started

So, how did Polk and Negreanu get to this point? Well, over the years, Negreanu wasn't shy about expressing his opinion and challenging other players, not caring about consequences.

Back in 2014, Negreanu stated that he was able to ace 6-max games after practicing for two weeks only. Unsurprisingly, Polk was one of the first players to call him out on it, but even though they were both ready for battle, it never took place.

A few years later, Poker Kid became the face of a major poker website, and he made himself some enemies when siding with the gambling platform instead of the players. At the same time, Polk dissed another poker player, which happened to be Negreanu's friend. Negreanu decided to get involved in the situation, throwing out insults left and right.

As retaliation, Polk went as far as putting up billboards demonstrating Negreanu's hypocrisy when being a poker spokesperson, showing he was ready to go far when Negreanu is involved.

Fast forward a few more years, and Negreanu got into more trouble after attacking an internet troll who made some rude comments about his wife. His behavior got the poker community riled up as he was rather unapologetic in his comments, and Polk finally had had enough. This time around, when he challenged Negreanu to a match, Poker Kid finally agreed to face his long-time nemesis.

At first, Negreanu and Polk had trouble agreeing on the terms of the challenge. However, after negotiating for some time, they decided to start their match on November 4th. The two will play No-Limit Hold'em with $200/$400 stakes until they'll reach 25,000 hands.

The plan is to play the first 200 hands live, with real chips and poker cards, and play the rest of the game online.

In the weeks leading to the match, the two pros tried to look as confident as possible on social media, stating they are willing to take bets on their winning chances. On October 28th, Polk stated Bill Perkins was ready to bet on his winning chances, putting down 2m to win 500k from Perkins.

Later that day, Negreanu raised the stakes even further, stating that he was ready to accept a 5 to 1 bet.

But even though both players are sure in their abilities to come out on top, Polk is the clear favorite, as he has more experience playing this poker variation. Online betting sites also side with Polk, giving him 1.18 chances of winning compared to 5.25 for Negreanu.

While the public believes Polk has better chances of winning in this battle of skills, we shouldn't underestimate the underdog. Negreanu has proven in the past that he can get out of tricky situations, and he has plenty of motivation to prove himself this time as well.

So, there is no knowing who will be the one to leave the table a victor. Therefore, all is left for us to do is to place our bets on who will win and keep our fingers crossed!