Poker No Deposit Bonuses in Michigan: When Will it Happen? 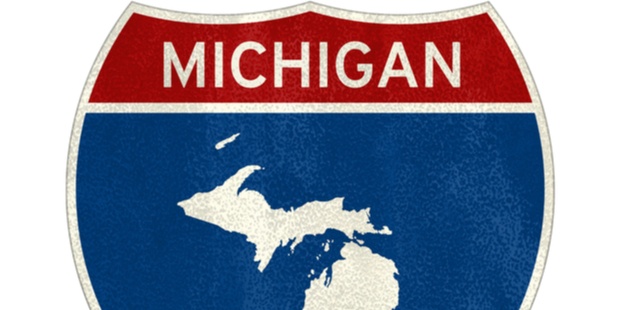 Previously, we reported that Michigan was expected to legalize online poker during 2021.  Now we have an update....

Michigan is making gigantic steps towards legalizing poker within the state's borders, and it seems as if poker no deposit bonuses will become available sooner rather than later.

In recent years, various US states chose to change the legal status of online poker venues. But in most cases, it took years for the new laws to pass and for online venues to open their doors. But not in Michigan!

In December 2019, Gov. Gretchen Whitmer signed a new bill into law, legalizing different types of online gambling, including poker. Fast forward a few months, and in August of 2020, the state was still in the process of developing relevant regulations.

But since then, legislators have made an effort to move things along much faster, and it seems as if online poker venues will open in Michigan in mere months. State regulators now predict that poker and sports betting will go live this November – which is just around the corner.

Back in January 2020, officials reported that they were expecting to launch online gambling in the state in early 2021. However, the COVID-19 pandemic changed everything and sped things up.

Since poker players weren't able to visit land-based casinos, they turned to online venues instead. Therefore, the few legal venues in the US thrived this year. According to the Business Insider, online casino revenues reached an all-time high of $402m in the second quarter of 2020. That's three times more than last year!

Apparently, Michigan wanted in on the action, which led to the new legalization timeline. The executive director of the Michigan Gaming Control Board (MGCB) announced that the November launch is possible, as all the rules have already been decided upon.

Since Michigan is not the first state to approve online gambling, it could rely on existing laws in Pennsylvania, New Jersey, and Indiana to guide them through the process. According to Richard Calm, "…there wasn't a big learning curve."

At this moment in time, New Jersey, Nevada, and Delaware share the same pool of players, allowing poker fans from all states to compete against each other. Pennsylvania, however, doesn't allow for cross-state gambling.

When Michigan first started developing its online gambling laws, it seemed as if it followed in Pennsylvania's footsteps. The first draft of rules indicated that the Wolverine State is not planning on joining the Multi-State Internet Agreement, but that isn't set in stone.

Earlier this month, Senator Curtis Hertel introduced a bill that was supportive of shared liquidity, and officials didn't show any objections to it. However, it will take some time for the bill to be approved. Therefore, if online poker will become available in Michigan this fall, players won't be able to enjoy multi-jurisdictional betting straight away.

There's Excitement in the Air

Online poker has proven to be a growing and flourishing market in the US, especially in recent months. And Michigan is ready to join in on the fun!

If all goes to plan, local players will be able to place bets in new venues in late November or early December at the latest. Will we be able to enjoy online poker by the end of the year? Or is it an unachievable dream? Let's wait and see.